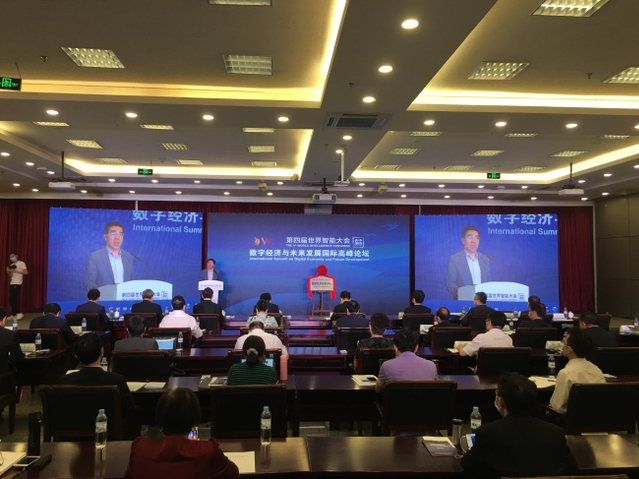 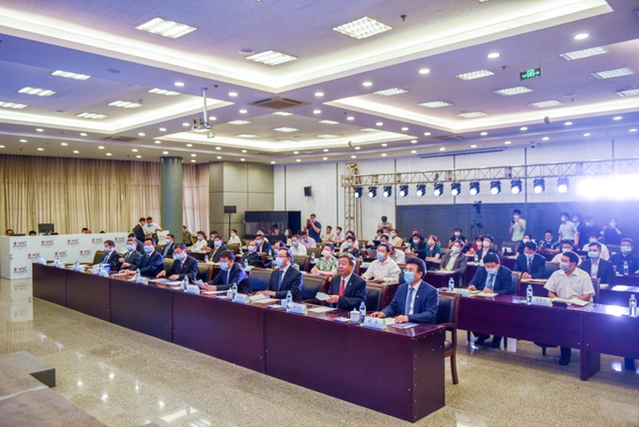 Special guests who gave keynote speeches include Yunjie Liu, CAE academician, Jay Lee, the author of “Industrial Big Data” and “Industrial AI”, Yike Sun, Director of Foxconn’s Industrial AI Department, Markus Taube, Director of the IN-EAST and the School of Advanced Studies at the University of Duisburg-Essen, Yike Guo, Fellow of the UK Royal Academy of Engineering, Member of the Norwegian Academy of Technological Sciences, Chunming Rong and so on. They gave speeches entitled respectively “Future Network and Digital Economy Development”, “Industrial Intelligence and Digital Transformation”, “Digital Economy in Europe: Current Situation, Strategic Development and Global Connectivity”, “Foresight in the Fight Against the Epidemic? ——On the Technological Revolution under the Anti Epidemic Background”, “Redesign Internet Services Based on Blockchain”, “Technical Foundation of Digital Economy”, “Application and Innovation of Blockchain in Trading Place” and “Take the Digital Economy As the Key to Win the Battle of Poverty Alleviation”. Gang Liu, Chief Economist of the CINGAI, Director of Nankai University’s Institute of Economics, and Director of the Center for Digital Economy, also released “Research Report on the Development of China’s Digital Economy 2020”.

As a parallel forum of the 4th WIC, “Digital Economy and Future Development” gave full play to Tianjin’s leading advantages in the development of digital economy, integrated the policy resources of the CAST and Tianjin Municipal Government, invited well-known scientists, economists and entrepreneurs at home and abroad to gather in the “cloud” to provide a communication platform and intelligent support for the development of digital economy of the country and Tianjin. In response to the needs of epidemic prevention and control, the Committee innovated the mode of holding the meeting, and the guests participated in the meeting and shared their views on- and offline and the forum was broadcasted live to the whole network.

Before the forum, they also held the integrated ceremony of the “Center for Digital Economy”, jointly built by the CAST, Tianjin Municipal Government and Nankai University.

(Reported by Renming Qiao, Translated by Yuchen Shi,Edited by Davide Francolino and JianjingYun)