During this summer holidays, 2020 Nankai University Students’ Social Practice is underway. Five special activities are being carried out in various parts of the country, which are: Youth Talk, Poverty Alleviation, Celebration for the 100th Anniversary of the Founding of the CPC, Spirit of the Rule of Law and Hometown Development.

When the summer holidays began, Harinur Rozbai from the Business School started her social practice in her hometown, Ili Kazakh Autonomous Prefecture in Xinjiang, making use of her professional knowledge. She organized an online interview with the staff of the People’s Government of Tekes County to learn about the local database of poverty alleviation. She also spent an hour every day to carry out “cloud support education” and called on more Nankai students to contribute their youth power in the places which need the motherland the most.

Zifei Wan from Zhou Enlai’s School of Government went to the Development and Reform Commission of Guyi District of the city of Xi’an, Shaanxi Province, to have her political practice. She is responsible for sending and receiving documents of the official document system, copying and printing, binding documents and other daily affairs. Zhaozhong Wang from the School of Materials Science and Engineering visited the Wangshi Village of Shawa, Lan County, Luliang, Shanxi Province, helpingthe local Poverty Alleviation Office to carry out the census and checking and verifying the basic information of all registered households within the scope of the census. He visited 54 families with the staff team of the Office and checked various documents from 2017 to 2019 of 64 families. At the grassroots level, he experienced the work of poverty alleviation and made his modest contribution in this way. 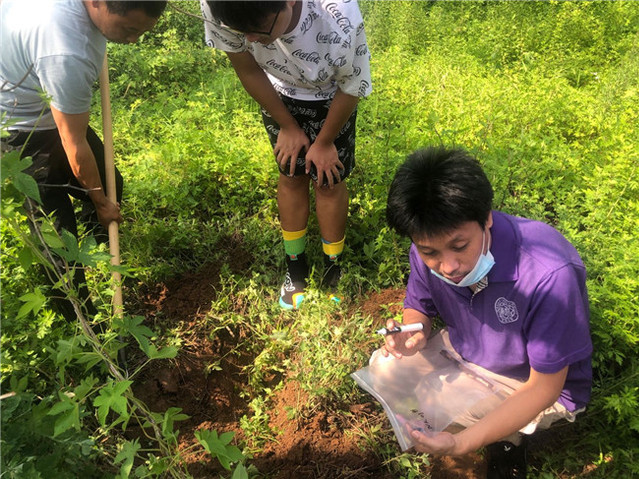 Five students from the College of Chemistry and their teacher Xiaoqi Yan visited Guoxiangyu, Jizhou District, Tianjin. Because of the improper use of pesticides, the fruit trees in large areas have died. They took root samples from the jujube forest and planned to carry out treatment and analysis after returning to the laboratory.

In the coming of the 100th anniversary of the founding of the CPC, Nankai students deeply studied the “four histories”. 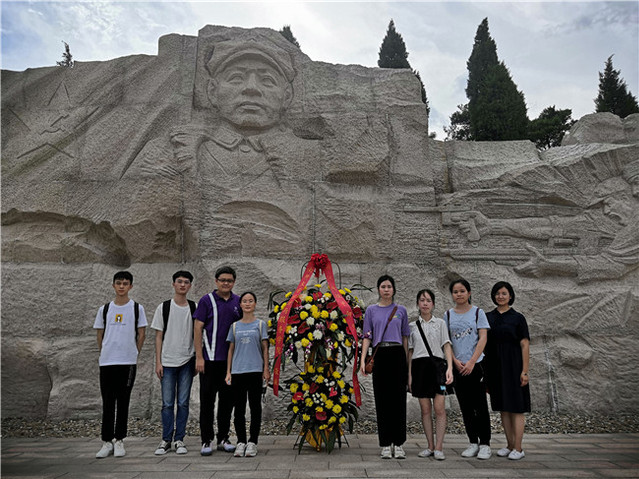 In the coming of the Army Day, teachers and students of the College of Tourism and Service Management visited the Memorial Hall of the Red Army’s Long March on Xiangjiang River in Quanzhou, Guangxi, and had a vivid lesson of the “four histories” taught by Teacher Mr. Zhong Li. The team also visited the martyrs’ memorial garden to offer flower baskets for the martyrs in silence and memorize heroes and martyrs of the Red Army.

Teachers and students of the College of Life Sciences had a meeting with the Management Committee of Liangzhu Site Management Area and signed an electronic contract on co-building a social practice base in which the College and the locals are able to cooperate to protect the Site.

Recently, Chongqing, Jiangxi, Anhui and other places have suffered from serious floods. Young volunteers of Nankai University have actively participated in flood prevention and relief work. They showed Nankai’s spirit and shouldered the responsibility of serving for the people.

Haoyu Zhang from the School of Finance participated in the inspection and flood control work of Huaibei levee in Bengbu, Anhui Province. He regularly inspected the landside slope of the dam to ensure that there was no leakage, sand blowing and other gaps so as to prevent collapse, piping or even dam break. Xiechen Dong was responsible for the 24-hour duty of the post. In case of danger, he needs to participate in filling and transporting sandbags and protecting the dike manually. Junze Li actively participated in the flood control and emergency work of Poyang County to ensure the safety of people’s lives and property. Zuojun Song from the College of Electronic Information and Optical Engineering joined the team in charge of the inspection of river dikes and seepage points in the community during the flood control in rainy season. He is responsible for finding water seepages around the Yangtze River embankment and in communities around the Yangtze River to prevent accidents. Zhiyuan Liu from Yueyang, Hunan Province went to the bank of Biluo River. On the flood control embankment, wearing rain boots and a straw hat, he followed the flood control team to investigate potential safety hazards along the line. In the critical stage of the flood prevention and disaster relief, Nankai’s young students took the initiative to devote themselves to their hometown services and to the flood control work.

The university strongly encourages the practice group of Youth Talk to strengthen lesson preparation, have group study and discussion, and carry out more activities. Students who returned to their hometown gave Youth Talks combining with their individual growth, hometown development and achievements in the battle against the epidemic. They told Chinese stories of fighting against the epidemic and popularized the law of Civil Code at the same time.

Together with the No.1 and No.2 undergraduate Party branches of the School, School of Laws’ “Spirit of Civil Code” Youth Talk Group visited Jialing Beili Community in Nankai District, Tianjin, to popularize the Civil Code. In one-to-one Q&A, they shared the information of the Civil Code which are highly related to people’s life. They also set up booths, designed and made flyers, fans and posters to popularize the laws, promoting the urban legal civilization construction. 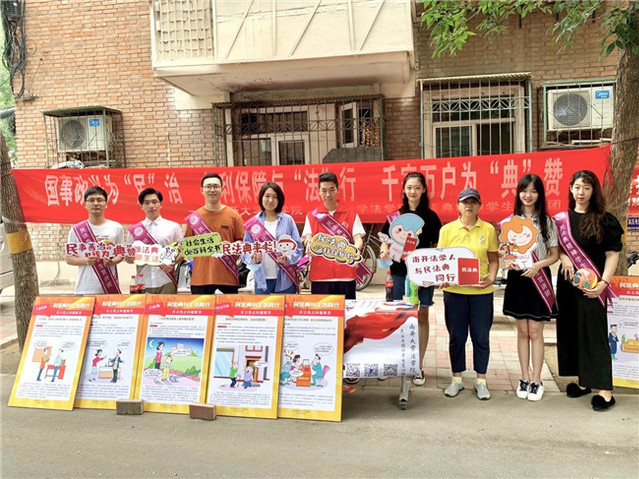 Ruilin Long from the School of Physics set up a “cloud practice” team. The team members participated in the grassroots epidemic prevention work in various ways, such as political practice and public welfare activities in their hometown. They also carried out research based on their practices to explore the path of improving the mechanism of grassroots epidemic prevention and control. Siyao Wu from the College of Artificial Intelligence went to the county library to carry out public welfare practice, being responsible for helping readers using the self-service card machine to apply for library cards and patiently answering readers’ questions.