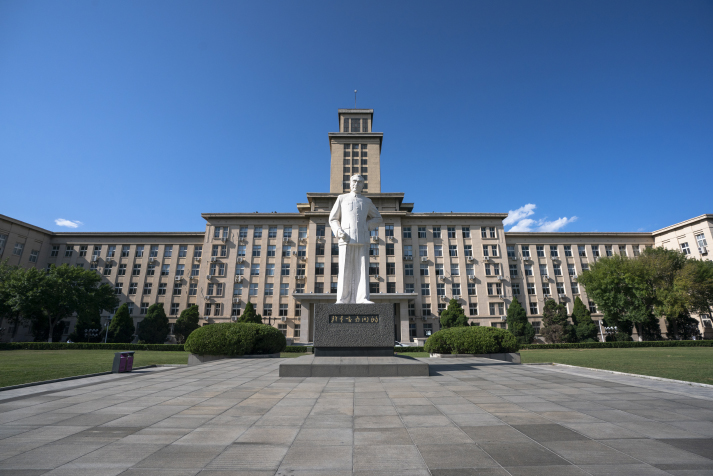 Located in the southern part of Tianjin, a municipality neighboring  Beijing, Nankai University was founded in August 1919. Over the past 100 years,  the university has been a mosaic of China's history.

At the time of its birth, China was struggling under the rule of warlords  who were battling for dominance after the fall of the Qing Dynasty (1644-1911),  the last imperial dynasty of the country, and was in a fragmented state. Zhang  Boling and Yan Xiu, two patriotic educators from Tianjin, had learned about  modern educational systems abroad and decided to establish a modern system in  their hometown to practice the ideology of Saving the Nation Through Education.  They started with Nankai Middle School in 1912.

With the motto of Dedication to Public Interests, Acquisition of All-Around  Capability and Aspiration for Daily Progress, Nankai University was established  with the aim of fostering students who would know China and serve China.

Patriotism is the soul of Nankai University, President Xi Jinping  commented while visiting the campus in January. It is the glorious tradition of  Nankai.

It was Xi's first stop during an inspection tour of Tianjin, where he saw  the history of Nankai University through an exhibition and emphasized that it is  a priority to nurture patriotism among students so they can become a new  generation of capable young people well-prepared to join the socialist  cause. 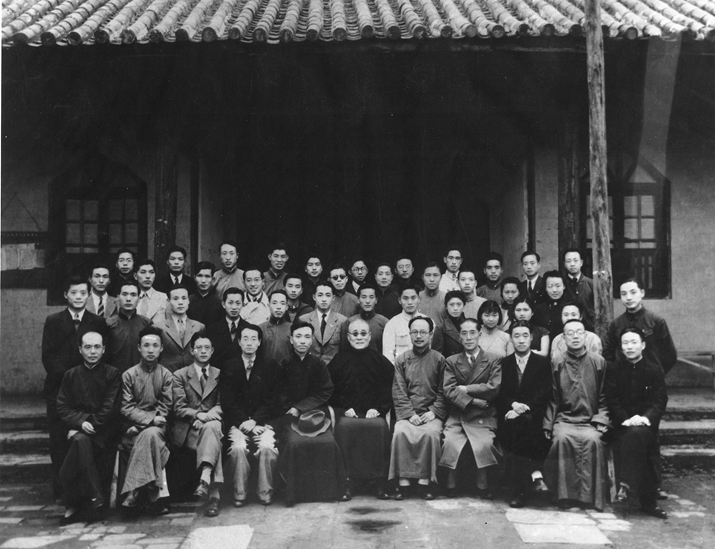 Zhang Boling (center, front row), one of the founders of Nankai University,  with students of National Southwestern Associated University in 1939 (COURTESY  PHOTO)

A statue of late Premier Zhou Enlai graces the front of the main building  of Nankai University, which is where the alumnus began his revolutionary  trajectory.

Zhou was also a graduate of Nankai Middle School. In 1919, he became one of  the first batch of students enrolled in Nankai University. At the time, there  were only seven professors and 96 students on campus.

In September 1935, when China was battling Japanese aggression, Zhang  raised three questions before students at the opening of the semester: Are you  Chinese? Do you love China? Do you want China to be good? The questions, which  became known as the Three Patriotic Questions, have been posed to new students  every year since.

When Japan launched an all-out war against China in July 1937, Tianjin was  one of their first targets and Nankai University a prime target since Zhang had  made the school a major platform for fostering patriotism and resisting Japanese  aggression. Nankai University was bombed to the ground and occupied by Japanese  troops. The campuses of the other two leading higher learning  institutions—Peking University and Tsinghua University in Beijing—also fell to  the Japanese. 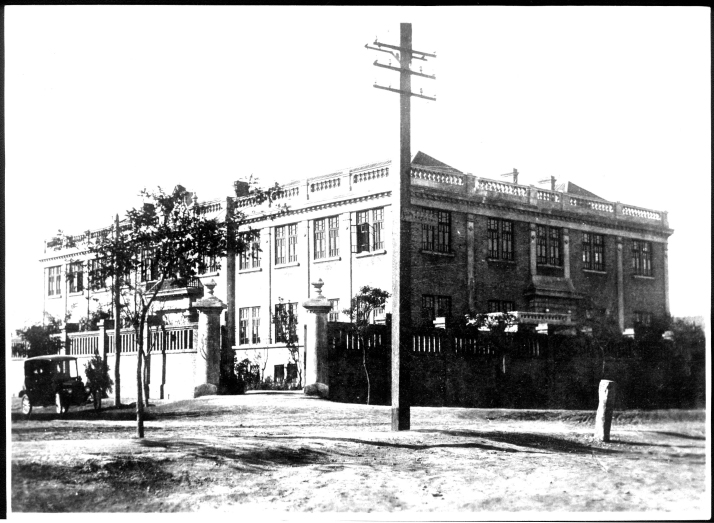 The three universities retreated to Changsha in central China's Hunan  Province and then to Kunming in Yunnan Province in the southwest, where they  merged to form National Southwestern Associated University. Despite dire  shortages of food, equipment, books and other essentials, they managed to run a  modern university and produce many, if not most, of China's most prominent  academics, scholars, scientists and intellectuals.

After the Chinese People's War of Resistance Against Japanese Aggression  ended in 1945 with Japan's defeat in World War II, the three universities went  back to their original locations.

In 1949, within months after the liberation of Tianjin from the  Kuomintang's rule, over 320 students from Nankai University volunteered to join  the People's Liberation Army led by the Communist Party of China (CPC),  accounting for more than 40 percent of the total number of students on  campus.

This tradition of serving for the nation has continued to endure. Since the  18th CPC National Congress in 2012, more than 50 students from Nankai University  have volunteered for military service.

In September 2017, eight students from Nankai University, who had joined  the military, wrote a letter to Xi and received a reply from the president.

I am gratified by your aspirations and passion after hearing that you have  temporarily left campus and have joined military camps, with the ideal of  serving the country, Xi wrote in his letter. There have been many literary men  with ideals and integrity who have renounced the pen for the sword in history. A  number of Nankai University students rushed to the battlefield to shed blood or  sacrifice their lives during the Chinese People's War of Resistance Against  Japanese Aggression.

The president said the eight students had set a great example for young  Chinese people and told them to cherish the opportunity of serving in the  military and commit themselves to the country's goal of building a strong  military.

Currently, the eight students have returned to campus to continue their  studies, while another 16 from the university have taken up the baton and joined  the army this year. 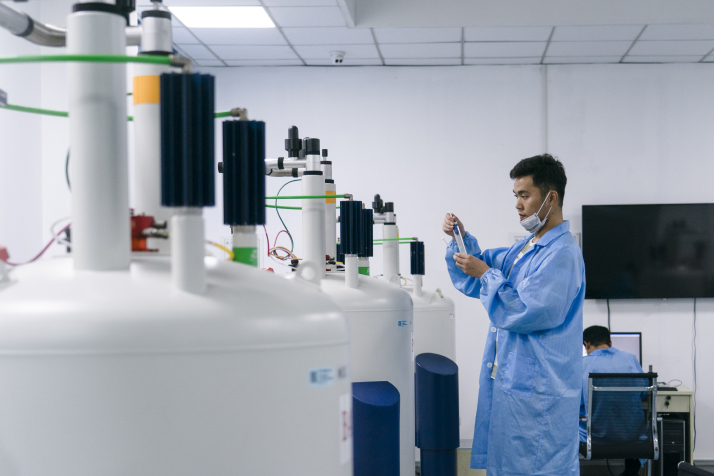 Long known as one of the top universities in China, Nankai ranks in the  forefront among its peers in various academic areas, especially mathematics and  chemistry. Shiing-Shen Chern, a mathematician known as one of the greatest  geometers of the 20th century, is the only Chinese winner of the Wolf Prize in  Mathematics, the equivalent of the Nobel Prize. He founded the Nankai Institute  of Mathematics in 1984, after he returned from the United States. He has taught  at several Chinese and U.S. universities, including Princeton University, the  University of Chicago and the University of California, Berkeley.

In 1923, chemist Yang Shixian joined the Nankai faculty, where he worked  with his peers to boost the development of the chemistry department. In the  1950s, when the country urgently needed to develop its own green pesticides,  Yang decided to switch from drug research, which he had been doing for decades,  to this new area and made major breakthroughs.

Professor Yang told us that chemistry must work for the prosperity of our  nation, Li Zhengming, a chemist and a student of Yang, recalled. 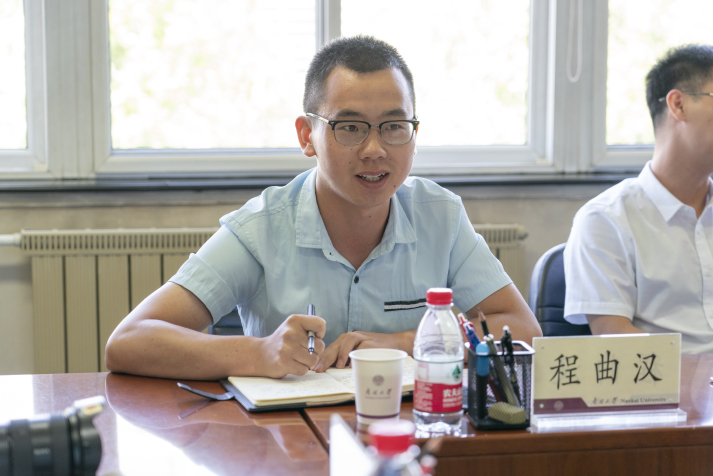 Cheng Quhan, a graduate of Nankai University, shares his story of working  in southwest China's Tibet Autonomous Region as a volunteer teacher at a  symposium in Tianjin on August 28 (WAN QUAN)

The Nankai College of Chemistry has always focused on the international  academic frontier. In response to the critical development needs of the country,  it has continuously opened up new fields and built up new academic  institutions, said Chen Jun, a professor at the university.

Cheng Quhan, a graduate from the School of Life Sciences at the university,  has just returned from a year of volunteering as a teacher in southwest China's  Tibet Autonomous Region after receiving his bachelor's degree in 2018.

The volunteer teacher program was initiated by the university in 1999, when  more than 200 graduates went to Gansu Province and Xinjiang Uygur Autonomous  Region in the northwest and Tibet to teach in primary and middle schools.

As a student from a rural area in southwest China's Sichuan Province, Cheng  cherished the opportunity to study in Nankai University and is always ready to  serve the most needy areas in the country with the knowledge he has  acquired.

Ai Weijun, Vice Dean of the Law School at Nankai University, just returned  from Gaofang Village in Gansu, where he served as secretary of the local Party  branch. Since the late 1990s, the university has paired with the village to  support its poverty alleviation efforts, sending university faculties to work  there. Ai had worked in the village for two years, helping to market the  villagers' agricultural products.

Ai and Cheng have become role models of patriotism on and off campus,  inspiring more young people to participate in programs for public good. We will  share our stories with more people in the future to carry forward Nankai  University's tradition of making contributions to the nation, Ai told Beijing  Review.