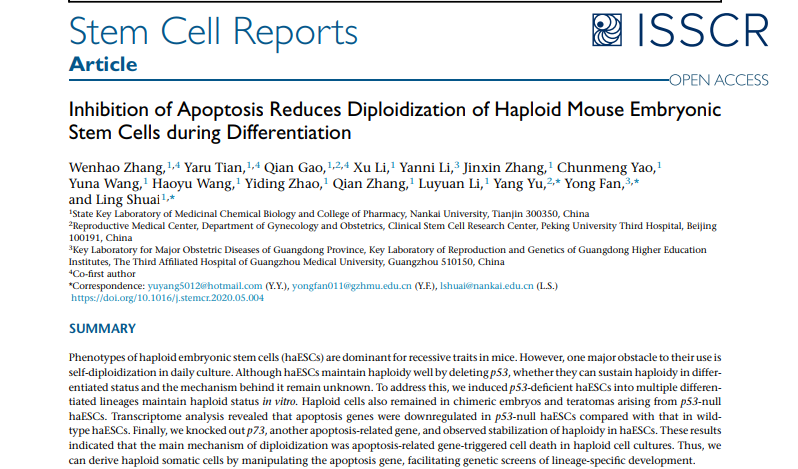 The establishment of haploid embryonic stem cells (haESCs) provides a new method for genetic screening research and preparation of gene-edited animal models, and is a valuable genetic research tool. However, in the daily culture and during differentiation, diploidization, which occurs often, seriously affects its function as a “gene screening tool”. Thus how to suppress the diploidization and obtain haESCs efficiently has become an important issue in stem cell research.

In the past few days, Dr. Ling Shuai’s research group from Nankai University’s State Key Laboratory of Medicinal Chemical Biology and College of Pharmacology found that, through genetic manipulation, inhibition of apoptosis is able to reduce diploidization of haploid mouse embryonic stem cells in the daily culture and during differentiation. This discovery provides a fast and efficient strategy to obtain various haploid differentiated cells and promotes the genetic screening studies of haploid cells in various lineages. On June 5, the paper introducing the results was published online in the international journal Stem Cell Reports.

Half of the genetic information of eukaryotes comes from the male parent and half from the female parent. Therefore, under natural circumstances, cells have two sets of chromosomes (that is, diploid cells), which is also a way for mammals to transmit genetic information, and cells use meiosis to resist environmental changes and ensure the reproduction of the species. However, for genetic research, especially the exploration of recessive genetic functions, diploid cells are often restricted due to the presence of alleles. 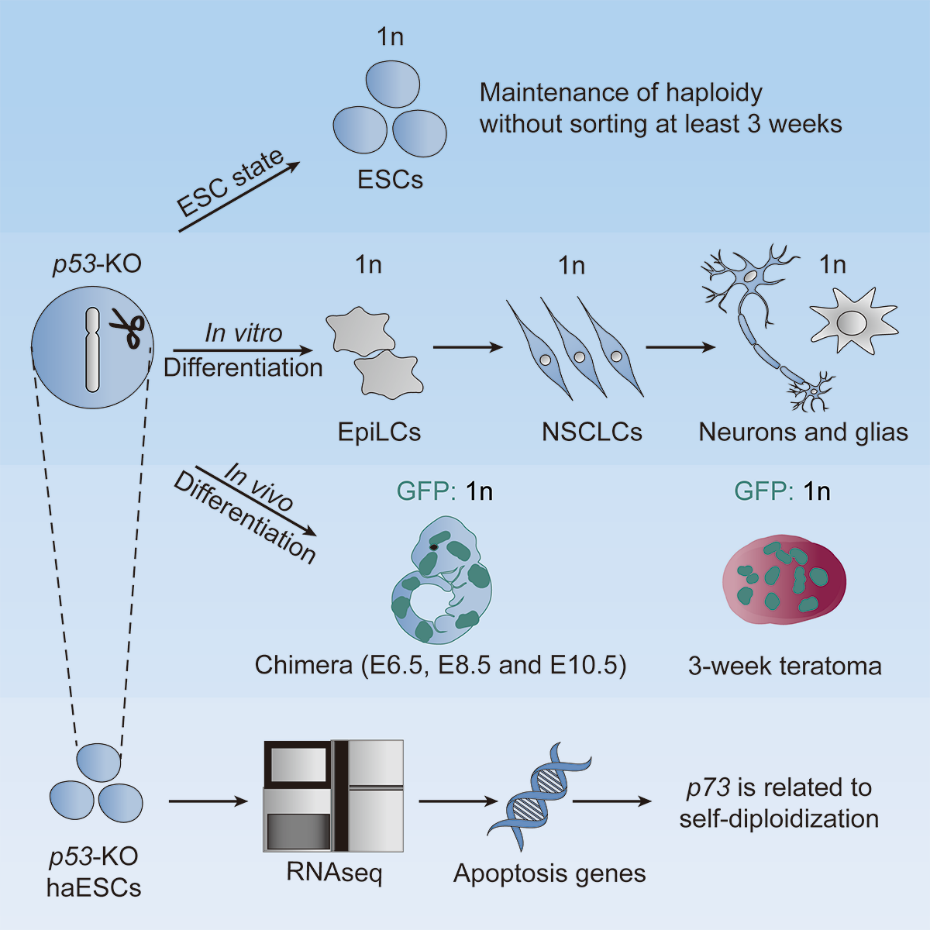 Dr. Ling Shuai said, “The two sets of chromosomes are like ‘double insurance’. If one of the genes is regulated, due to the existence of the corresponding allele ‘backup’, the changed gene cannot immediately highlight the function. However, haploid cells with only one set of chromosomes do not have a gene ‘backup’, and any changes we make to genes will directly bring about changes in phenotype. This is very beneficial for us to explore life and crack the genetic code. This is also the main reason why haploid cells are called a ‘gene screening tool’.” In the past ten years, haploid stem cells of multiple species including mice, rats, monkeys, and humans have been produced one after another, which has attracted extensive attention in the fields of genetic screening and drug target analysis. Related results have been published in top international academic journals.