Recently, we got a message featuring a humblebrag. Nankai University has been shortlisted in an international event with an elimination rate of 99%.

Created by the UNESCO and the UIA in 2015, the Prix Versailles has 8 categories including airports, campuses, shopping malls, hotels, restaurants, sports, shops and stores, and passenger stations. Awarded once a year, the Prix Versailles aims to honor splendid structures around the globe. Statistics shows that among those shortlisted are 94 projects in 38 countries across the world, less than 1% of those on the long list.

The shortlisted ones for the Prix Versailles, Campuses include the Life Sciences Building of University of Melbourne, the Student Centre of University College London, the Isenberg School of Management 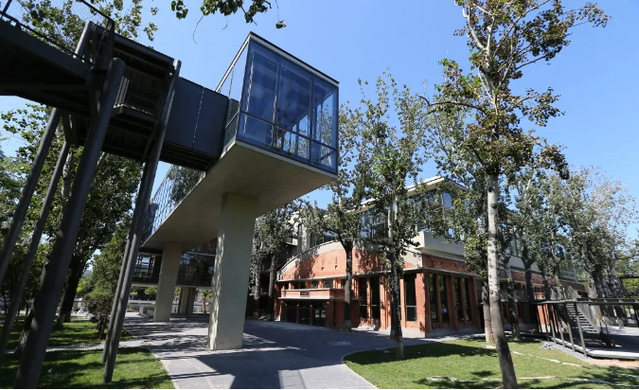 Located between the Mati Lake and the Xinkai Lake in the Balitai campus of Nankai University, the Haibing Center represents a structure mixing the old and the new with the two lakes at its sides. The original structure of the Haibing Center was a red-brick building constructed in the 1950s. In the past sixty years, it has been designated as the dining hall, the auditorium, the student center, and the office of the teaching materials division, leaving unforgettable memories of work and life on generations of students and staff at Nankai University. To celebrate the centenary of the founding of Nankai University, the dilapidated building was renovated and expanded in 2018. It passed the acceptance tests in 2019 and was put into use during the celebration. 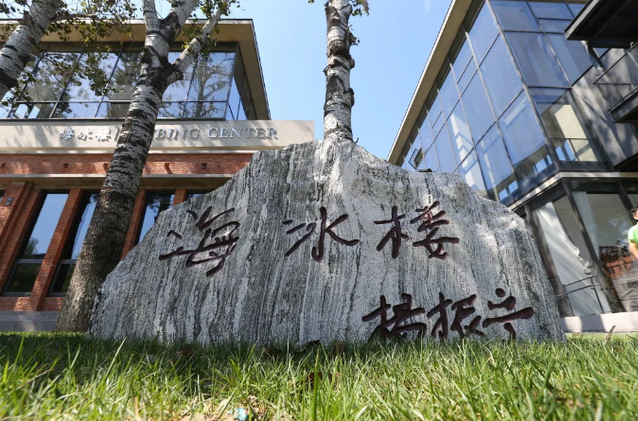 With a height of 17.95 meters, the Haibing Center covers an area of 5900 square meters in terms of its three floors above the ground and 762 square meters underground. It was contributed by Zhou Haibing, an alumnus of the Shiing-shen Chern class of the department of mathematics enrolled in 1988 and Hou Ying, an alumna of the department of foreign languages enrolled in 1988. Yang Zhenning, an academician of Chinese Academy of Sciences and an Nobel laureate in physics, has inscribed the Haibing Center which connects history and the future. 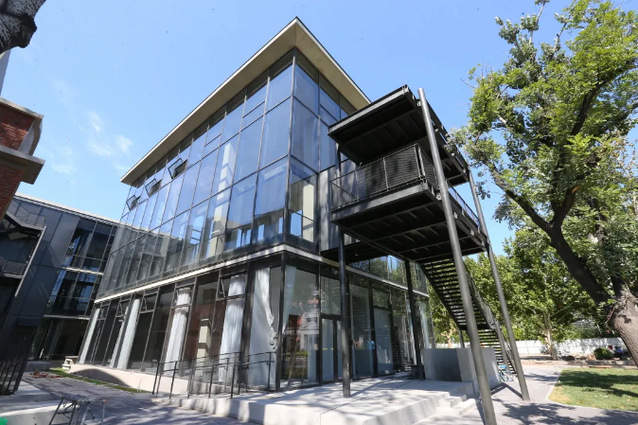 With a view to respect the environment of the campus and its spatial fabric and to display the modern spatial design and the culture of Nankai University, the Haibing Center maintained every red brick of the original building. In addition, the metal structure on top of the original building also gets a new use in the renovated building. Meanwhile, the exterior walls of the newly constructed part of the building are mainly russet-colored, with some parts using metal meshes and glass as the sun-shading system. The gentle style echoes the classic university atmosphere and the ever-present university spirit. The interior of the building utilitizes the style of bare concrete, showing the extremely long span of concrete.

With the old and the new as well as tenderness and strength, there are huge contrasts in the structure. The resilience and the modern style displayed in the building show the academic attitude of the students and staff in Nankai University, which is characterized by the realistic and pragmatic approach. They also reveal, by means of architecture, the spirit of the school motto, namely,“Dedication to public interests, acquisition of all-round capability, and aspiration for progress with each passing day”. With memories of students and staff, the Haibing Center is witness to the development of Nankai University. Now, the Haibing Center has become an important functioning place for supporting the progress of professors, promoting exchanges in scientific research, and enriching university culture.