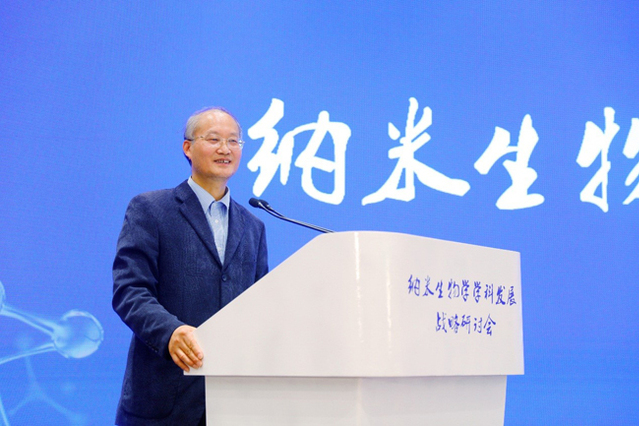 On February 15, the American Institute for Medical and Biological Engineering (AIMBE) officially released the list of AIMBE Fellow of 2021. A total of 174 AIMBE Fellows were elected worldwide in recognition of their outstanding achievements in medicine and biological engineering.

Professor Pang Daiwen, from the School of Chemistry of Nankai University, was elected for his significant contribution in Quantum Dot-Based Single-Virus tracking. There are four other Chinese scholars elected this year, including the academician Su Guohui from the Chinese Academy of Sciences, the academicians Li Lanjuan and Zheng Shusen from the Chinese Academy of Engineering, and Chen Chunying from the National Center for Nanoscience and Technology.

Professor Pang Daiwen have been teaching as Distinguished Professor at the School of Chemistry of Nankai University since 2018. Between his major responsibility, he now is (or once had been): member of the panel of the guidance and coordination committee of the National Center for Nanoscience and Technology, leader of the working group on the standardization of Nano-optical-electronic display technology of the National Nanotechnology Standard Committee, member of the penal on the major national scientific research projects of  nanotechnology, member of the penal on the compilation of the implementation plan and guidelines for the National Key R&D Project of nanotechnology, member of the advisory editorial board of Anal Chem of the American Chemical Society, associate editor of New J. Chem of Royal Society of Chemistry, and member of J. Electroanal. Chem, etc.

It is known that the AIMBE is part of the National Academy of Sciences, United States, which is committed to the innovation of medical and biological engineering. AIMBE Fellow is the highest academic honor of medical and biological engineering in the US, gathering the world's most outstanding elites in this field, with about 2000 members at the present time. New members will be elected after two rounds of selection and be voted by all fellows each year.