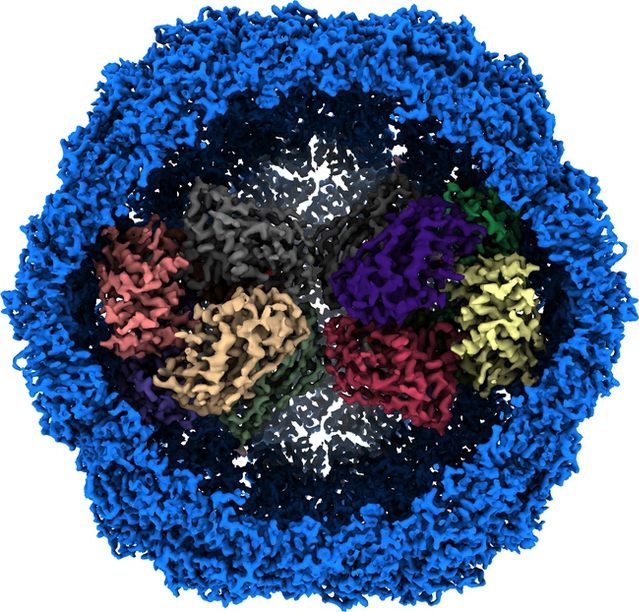 On April 15, Associate Professor Gong Hongri and Academician Rao Zihe from the College of Life Sciences of Nankai University, together with the Shanghai University of Science and Technology and other units, published a paper titled Cryo-EM structure of Mycobacterium smegmatis DyP-loaded encapsulin in the internationally renowned journal Proceedings of the National Academy of Science (PNAS). The research team used single-particle cryo-electron microscopy to successfully decipher the high-resolution three-dimensional structure of a naturally extracted mycobacterial protein nanocompartment loaded with DyP protein for the first time, revealing the molecular mechanism of nanocompartment system to remove hydrogen peroxide and protect cells from oxidative damage. The result provides a structural basis for the development of anti-tuberculosis drugs. 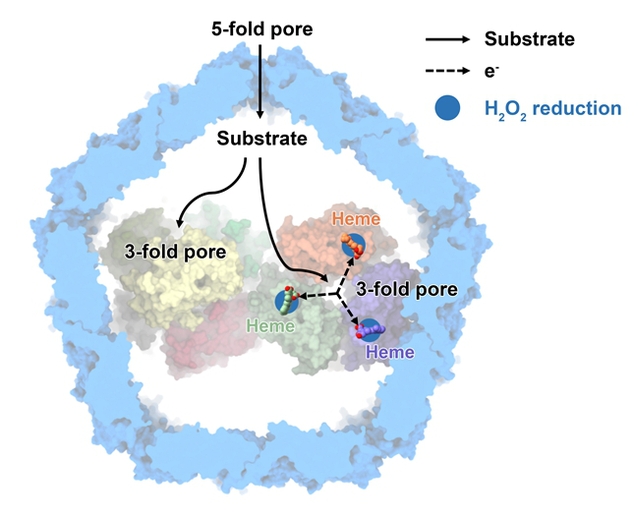 The research team isolated and purified natural nanocompartment protein complexes with a molecular weight of ~2.2 MDa with peroxidase activity from the membrane components of Mycobacterium smegmatis (a model system for M. tuberculosis) at the plateau period, and used single-particle cryo-electron microscopy technology to thoroughly analyze the three-dimensional structure of the nanocompartment loaded with cargo protein for the first time. It is worth mentioning that the respiratory chain super complex III2IV2SOD2 mentioned in the paper published by the research team in Science in 2018 can convert superoxide radicals into H2O2. The spatial distribution and functional synergy between the nanocompartment system and the respiratory chain system suggest that Mycobacterium tuberculosis has stronger antioxidant capacity. In addition, the structural information of the nanocompartment in this study also provides important guidance for the application of protein-based nanoparticles in the fields of drug delivery, nanoreaction chambers, and vaccine development.