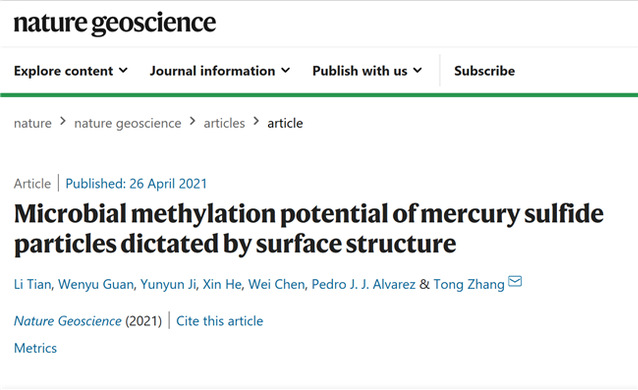 Environmental contamination by mercury in its organometallic form, methylmercury, remains a major global concern due to its neurotoxicity, environmental persistence and biomagnification through the food chain. Methylmercury was also the “culprit” of the “Minamata disease” in Japan in the 1950s, causing a worldwide scandal. However, for a long time, the mystery of methylmercury formation in the environment has prevented people from controlling methylmercury pollution from the source.

Recently, a research team led by Professor Zhang Tong from the College of Environmental Science and Engineering of Nankai University released an achievement on “Microbial methylation potential of mercury sulfide particles dictated by surface structure: solving this scientific puzzle”, actually solving this problem. They found that natural organic matter exerts influence on the binding process of nanoparticulate mercury and metal protein transporter responsible for anaerobic bacteria by regulating the growth direction of primary nanoparticles. Moreover, it significantly hinders natural attenuation of mercury methylation and leads to the continuous production and accumulation of methylmercury in organic matter-rich environment. This breakthrough provides an important theoretical basis for risk assessment of environmental mercury pollution as well as a new idea for the design and development of efficient methylmercury pollution prevention and control technologies. On April 26, this paper was published in Nature Geoscience, a top international academic journal. 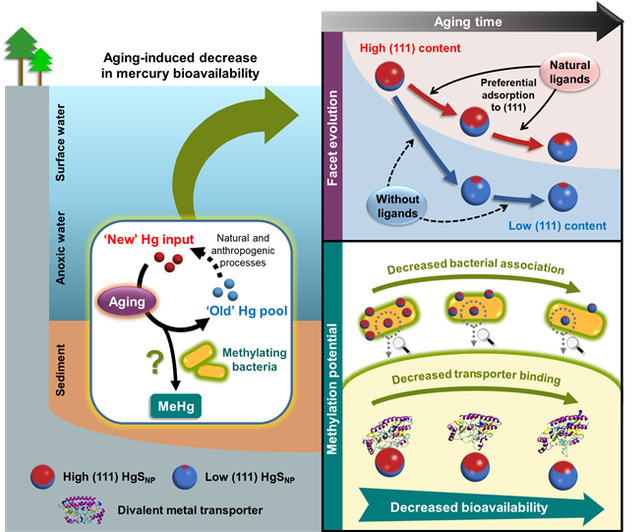 The production of methylmercury is strongly influenced by the chemical form of inorganic mercury in complex environmental media. The conventional view is that only dissolved mercury obtains methylation potential. The research team led by Zhang Tong was the first to prove that mercury sulfide mineralization processes in anaerobic environments are prone to the formation of mercury-containing nanoparticles (metacinnabarite), and the particulate mercury can be rapidly converted to methylmercury by sulfate-reducing bacteria.

Based on the clarification of the natural attenuation mechanism of mercury methylation potential, we expect to develop low-cost and environmental-friendly pollution control technology of situ methylmercury, being able to provide a new strategy for the global management of mercury pollution.” Zhang Tong specified that the new mechanism of mineral-microbe interface explained in the study can also be extended to other “soft” metallic minerals such as zinc, copper, lead and cadmium. Among these minerals, some drive important life activities and energy-producing processes in the environment, while others may lead to serious ecological and health risks and it has several important environmental implications.

Link to the paper.