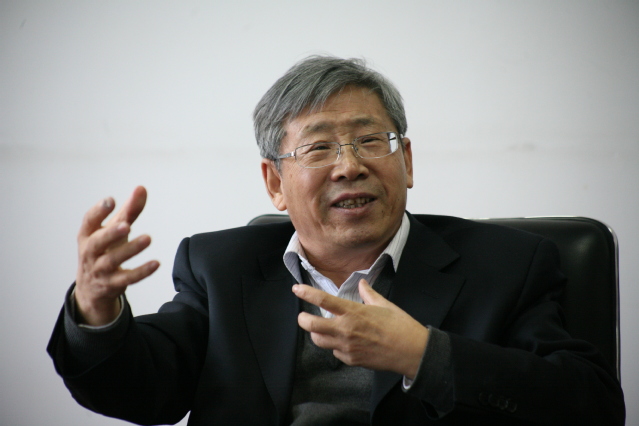 For so many years, he has been devoted to teaching and researching of organometallic chemistry. On the one hand, he has been teaching the course of “Organometallic Chemistry” and compiled the Chinese first teaching material in terms of Organometallic Chemistry, which had won the National Book Award in 1999, and achieved Tianjin first prize and national second prize for Outstanding Teaching Results in Higher Institutions in 1993. On the other hand, he has completed and undertaken many research programs, including the Key Program, Major Program and National Natural Science Foundation of China, National Basic Research Program of China, Key Program of Tianjin Natural Science Foundation. In the area such as Organometallic Chemistry and Cluster chemistry, Fullerene chemistry and Biomimetic Chemistry of Hydrogenase, he had found many kinds of new organometallic reagent, reaction and synthetic methods, designed and synthesized an enormous number of organometallic compounds with novel structure and quality as well as hydrogenase models. With the relevant achievement, he had published more than 300 academic papers on many renowned journals at home and abroad such as Scientia Sinica, Angew. Chem. Int. Ed., Acc. Chem. Res., JACS, Organometallics. These papers have been cited far and wide and have important significance in terms of science and application. He was also ranked 2nd and 4th nationwide by the number of SCI papers for two consecutive years (1998-1999). According to the number of his papers cited by international paper in three years in a row (1998-2000), he was ranked 1st and 2nd in the nation. As for awards, he had won the Science and Technology Progress Award (Class A, 2nd) of State Education Commission and Ministry of Education of the PRC as first winner in 1989, 1993 and 1999, Tianjin Natural Science Award (1st prize) in 2005, the first Huang Yaozeng Organometallic Chemistry Award of Chinese Chemical Society in 2004. He also was rewarded the Special Government Allowances in 1992 and elected as an Tianjin model worker in 1998. Moreover, for so many times, he had been invited to make the inviting report on the international academic conferences in America, Japan and China, make the academic report in many renowned universities at home and abroad such as MIT (US), Rice University, University of Munich, Chinese University of Hong Kong, Hong Kong University of Science and Technology and University of Science and Technology of China. Meanwhile, he had invited relevant international experts and scholars to visit and give lectures in Tianjin, which had contributed to the research of organometallic chemistry and cluster chemistry in China.