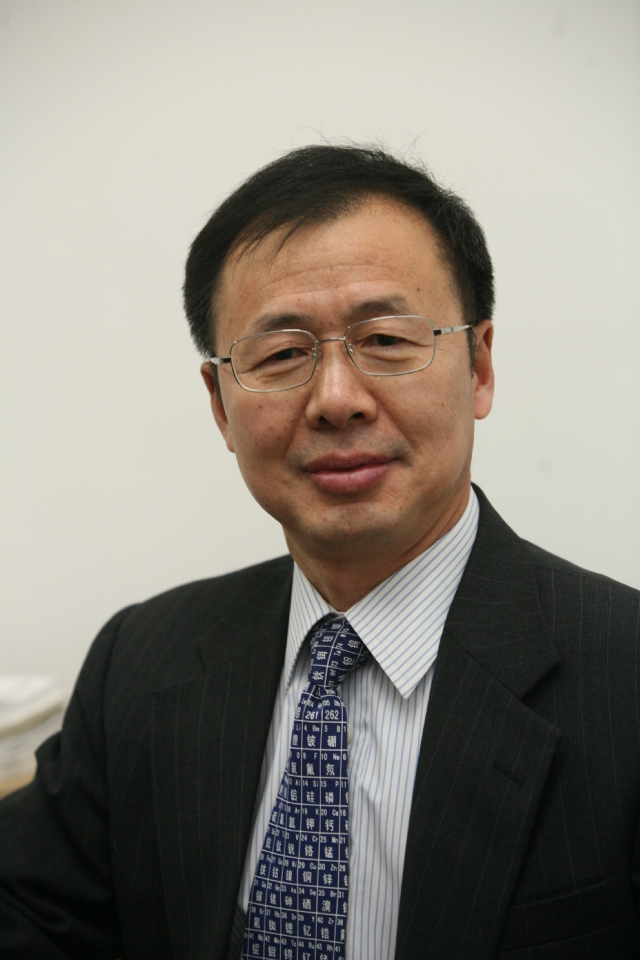 Academician Zhou Qilin, an organic chemist, graduated from Department of Chemistry, Lanzhou University in 1982. In the same year, he entered Shanghai Institute of Organic Chemistry, Chinese Academy of Sciences, where he received his doctor’s degree in 1987. From 1988 to1996, he had undertaken the postdoctoral research in East China University of Science and Technology, Max –Planck-Gesellschaft, University of Basel and Trinity University. From 1996 to 1999, he had served as the Associate Professor, Professor and Doctoral Supervisor in the East China University of Science and Technology. In 1997, he was funded by the National Science Fund for Distinguished Young Scholars. In 1999, he was employed as the Distinguished Professor of the Distinguished Professor Program by Ministry of Education of PRC, serving as the Professor in College of Chemistry at Nankai University. He works on Organometallic Chemistry, Organic Syntheses, Asymmetric Catalysis, Bioactive Compound, chemical synthesis of chiral drug and so on. In addition, he had published more than 180 papers, 12 books (chapters), and obtained 12 patents for his inventions. As for the award, he had won the Creative Award for Organic Synthesis by Committee of Organic Chemistry of Chinese Chemical Society in 2005, Huang Yaozeng Organometallic Chemistry Award of Chinese Chemical Society in 2006, Tianjin Natural Science Award in 2006 and 2014 (1st prize), JSPS Prize Winner in 2007, Contribution Award to Overseas Chinese (Innovative Talent) in 2010, Prize of Chiral Chemistry of Chinese Chemical Society in 2012. He was also elected as Academician of Chinese Academy of Sciences in 2009, Deputy Director-General of Chinese Chemical Society in 2010 and Fellow of Royal Society of Chemistry in 2013. At present, he serves as the chief editor of Acta Chimica Sinica, editorial board member of Chinese Journal of Organic Chemistry, Chemical Journal of Chinese Universities, Front. Chem. China, J. Mol. Catal. Chem., Org. Biomol. Chem., Adv. Synth. Catal., editorial board advisor of Acc. Chem. Res., Chem. Sci., Asian J. Org. Chem., Tetrahedron: Asymmetry, editorial board member of collection of Topics in Organometallic Chemistry.