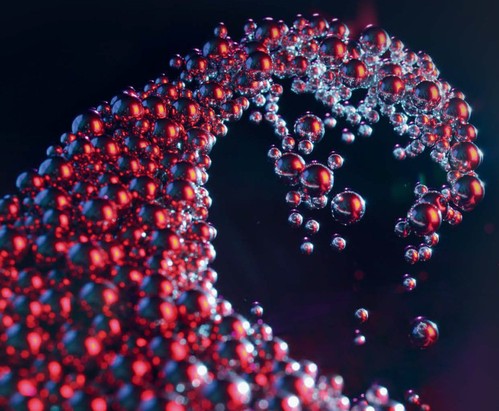 The College of Chemistry at Nankai University has a history that can be traced back to the institution’s beginning in 1919. Leveraging its traditional strength in chemical synthesis, the school has developed applications in functional materials and biomedicine.

From their pioneering work in agricultural chemicals in 1950s, to recent development of green herbicides, clean energy materials, bio-functional materials, novel catalysts, and other functional materials, Nankai chemists have made a big impact. The college dean, Chen Jun, spelled out his ambitions: “We seek to advance academic breakthroughs and address social development needs through cutting-edge research and interdisciplinary collaboration.”

The art of synthesis

Zhou’s catalysts are already used by international pharmaceutical and chemical companies in the production of chiral drugs and other compounds, including reagents and pesticides. The chiral spiro catalyst has been used in more than 200 asymmetric synthesis reactions, bringing economic and environmental gains by improving production efficiency and avoiding waste.

Zhou was awarded the Future Science Prize in 2018 for his contribution.

Focusing on new strategies for synthesis, new reactions, catalysts and reagents, Nankai’s chemical scientists have made other breakthroughs, advancing understanding of chemical transformations, and providing useful tools supporting the chemical engineering industry. The team led by Chen Gong, has developed a method for efficiently synthesizing non-protein amino acids that are difficult to prepare by conventional processes. Their method has led to the first synthesis of natural glycopeptides, antibacterial compounds with highly complex structures, which are promising drug candidates for fighting superbugs.

Other examples include the development of: Fe/E - cluster chemistry and biomimetic models for hydrogenases with potential for use in commercially viable hydrogen fuel by group led by Song Licheng, a CAS member; organic silicon multiple bonding species with novel structure through base-mediated cleavage of Si-Si bonds by Cui Chunming’s team; and an iron complex catalyst modified with phenanthroline-based ligands by Zhu Shoufei’s group for highly efficient hydrosilation reactions of alkenes and alkynes, a direct and powerful approach for organic synthesis. Zhu also revealed that the spin states of the iron catalyst have a significant impact on its activity and selectivity.

Cheng Jinpei, a CAS member, and his team, established a method to measure bond dissociation energy for organic solvents and to calculate acidity constant (pka) of ionic liquids, and developed a powerful bond-energy databank based on their research results, serving the entire field.

Harnessing green energy technologies to address global sustainable development is another commitment of many researchers at Nankai’s College of Chemistry. Their studies on solar energy conversion, electrochemical methods for energy storage, and catalysis, have led to breakthroughs in the efficient and clean use of energy resources.

Solar power is a clean and renewable energy source, but using it efficiently remains a challenge. The manufacture of conventional silicon-based solar cells is energy intensive, so Chen Yongsheng, a polymer and material scientist from Nankai, whose team is dedicated to solar energy conversion, focuses on carbon and nanomaterials. “These carbon-based materials are flexible, affordable, with a lower environmental impact,” said Chen.

Chen searches for organic materials that effectively absorb sunlight, ideally with wide absorption capability covering the full solar spectrum. Careful design makes a difference here. Using such materials, his team proposed a new model with a stacked structure for tandem solar cells, which achieved an efficiency of 17.3% for sunlight-to-electricity conversion, setting a new record, and providing new hope for the industrial use of organic solar cells.

Food security is a critical issue in China, home to the world’s largest population. As early as the 1950s, former Nankai president, Yang Shixian, developed organic phosphorus pesticides, enabling China to have its own range of pest control products.

Li Zhengming, chair professor of Nankai University and a member of the Chinese Academy of Engineering, led a team studying the structure/activity relationship (SAR) of hyper-active sulfonylurea herbicides. From basic research, new findings of an inner hydrogen bond, three negative centres, and an ortho-substituent requirement prompted him to modify the well-known Levitt SAR guidelines and discover a new eco-friendly monosulfuron.

After 38 stringent toxicology and environmental tests by authorities, all data were submitted to the Department of Agriculture for further checks. After seven years of assessment, monosulfuron was cleared for application in millet fields, a vital crop in China and vulnerable to most commercial herbicides. In collaboration with Australian researchers, monosulfuron was successfully docked on ALS target enzyme to obtain a new complex.

With assistance from the Argonne National Laboratory in the United States and CAS researchers, each subunit of complex was structurally elucidated to reveal 582 amino-acids. Further study revealed the action behind the unique selectivity of monosulfuron, now the only official herbicide for use in millet fields in China.

Supramolecular materials for biomedical use

Harnessing supramolecular self-assembly for the construction of functional biomaterials is another promising area that has piqued the interest of Nankai chemists.

Focusing on macrocyclic receptor molecules, Liu Yu from Nankai University led a team that explores their potential use in functional materials. His team recently developed a supramolecular assembly that can suppress cancer cell growth and migration. With a unique composition, their supramolecular nanofiber can change forms, triggered by geomagnetic field and light, and induce cancer cell aggregation and dysfunction. The study opens a new avenue for targeted photothermal cancer therapies.

Guo Dongsheng, a professor from Nankai is looking into the use of supramolecular assemblies in drugs for the treatment of Alzheimer’s disease. Guo’s team proposed the strategy of hetero-multivalent recognition, which involves interactions of more than one type of ligand and receptor, to improve protein binding efficiency and selectivity. The co-assembly of two macrocyclic receptors not only has promise for inhibiting amyloid-beta fibrillation, a hallmark of Alzheimer’s disease, but also for dissolving fibrils.

Other discoveries in supramolecular chemistry at Nankai include: nano molecular chaperones that can assist protein assembly and inhibit misfolding of proteins, constructed by Shi Linqi’s group; self-healing polymers that can be reprocessed, along with novel NMR techniques to disclose multi-scale structures and kinetics of large molecules, by Sun Pingchuan’s team; and methods for block copolymer self-assembly in heterogeneous free radical polymerization, by Zhang Wangqing’s group.

Developing such a material is the focus of Nankai’s Cheng Peng, who is working towards harnessing the luminescent sensing properties of rare earth elements for use in fluorescent light for cancer detection. “The idea is to make use of the different luminescent properties of inorganic metal ions and organic ligands by constructing metal-organic frameworks (MOFs),” said Cheng.

With his colleague, Shi Wei, Cheng’s team has synthesized reusable MOFs that work well within physiological concentration ranges. They have quick responses and high sensitivity and selectivity in detecting cancer biomarkers, and can also be used to detect environmental pollutants.

Using a heavy rare earth element, the team also constructed a single-crystal molecular material with coupled magnetic and electric properties, paving the way for making advanced materials for use in next-generation electronic devices in fields such as data storage or quantum computing.

Works on hybrid materials by other Nankai teams have led to a series of new materials with desirable magnetoelectric properties, good adsorption, or sensing functions. For example, Zhao Bin’s group, for the first time, synthesized unique cluster compounds with multi-centred metallic bonds and cubic aromaticity, opening the door to developing novel functional materials

Outlook to the future

Backed by a century of discovery, today’s College of Chemistry has developed into an innovation hub, focused on research that serves societal needs. It is now planning to build new interdisciplinary centres to enhance its wide-ranging set of chemical research programmes and its efforts to foster new talent. It expects more brilliant researchers to become part of the journey to a new century of discovery.