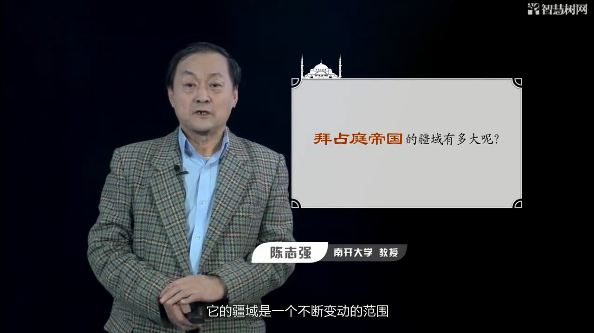 Byzantium, which lasted for more than a thousand years, spanned across three continents--Europe, Asia and Africa. Its capital, Constantinople, was hailed by Marx as the Golden Bridge for the trade between the East and the West. The Byzantine Empire was developed on the basis of the original ancient Roman Empire. In terms of cultural exchanges between the East and the West, it also inherited the legacy of the Roman Empire. In the long history, it has also left indelible imprint in military, education, and cultural development, a shining star of the medieval civilization.

The Hellenism study is an important prestigious doctrine in the international academic circle, and the history of Byzantium, as one of the cores of Hellenism study, deserves more attention.Therefore, students who are interested in Hellenism studies in the future should take the study of Byzantine history as a compulsory course to lay a solid foundation for future study.

Meanwhile, in recent years, China has paid attention to economic exchanges with the Hellenic Republic. It has practical economic value to strengthen the study of Greek-related cultural knowledge, and it also has a certain significance for students who do not take Greek studies as their future development direction.

The study of the civilization of the Mediterranean area in the Medieval civilization is indispensable for enriching students' historical knowledge and improving their humanistic literacy. The interpretation of the prosperity and decline of Byzantine civilization is also conducive to enhance students' ability to independently think about and analyze problems from different cultural perspectives and has a positive effect on their lives.

1 To understand the origin, development and evolution of the Byzantine Empire.

2 To cultivate students' historical and humanistic feelings and enhance their understanding of other human civilizations, especially ancient culture.

3 To lay a solid foundation for students to take other historical quality courses and learn historical knowledge independently.

2 Highlighting the main characteristics of its civilization, the historical and natural basis and dynamic mechanism of development.

3 Elaborating the unique position of Byzantine history in the entire historical development and civilization system.