"Learn to treat everything with patience, gentleness and inclusiveness."

In the Summer this year, I’m very glad that I could participate in the Summer Exchange Programme of University of British Columbia in Canada under the organization of Nankai University. That month went by so fast, which was so unforgettable... When it comes to me now, I feel that I had grown a lot in that month. Not only did I learn the relevant professional knowledge and broaden my horizons, I also felt the characteristic of foreign education and experienced the life, climate, culture and custom in Vancouver. I have gained much more than I expected in terms of education, transformation of personality, life skills, mentality and horizons. 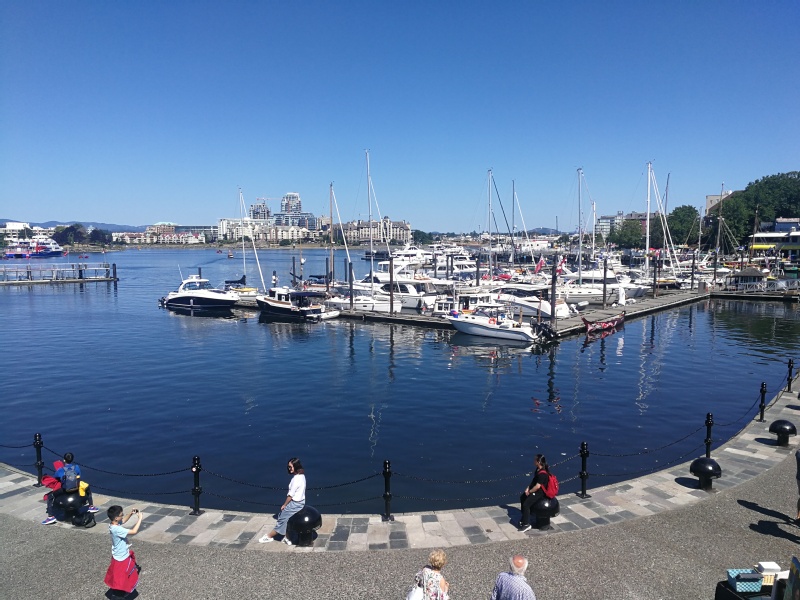 To start with, I want to talk about my feeling of Vancouver. It’s a multicultural city where residents come from different races and continents with different colors. With such a complicate structure of population, Vancouver has become very culturally inclusive. People there are very friendly, enthusiastic and polite. Even though my oral English was not so well that I was always afraid of speaking English at the beginning. Later I found that it was totally unnecessary to worry about saying something wrong or failing to express it explicitly because people there would often be patient and willing to help others. There was always someone to eagerly offer the old people the seat on the bus and subway; the car would stop to let passersby go first instead of casually whistling while others were crossing the road... After a month, my personality had changed a lot, which made me more cheerful and enthusiastic. I had learned to treat everything with patience, gentleness and inclusiveness as well as formed a kind of healthier mentality and lifestyle without easily being at odds with others.

UBC, where we lived for a month, is also called one of the most beautiful universities in the world. The campus is clean and beautiful, as if the perfect combination of nature and science. All buildings there are characteristic. And there are always people studying everywhere, indoors and outdoors, where is a great environment for learning. In addition, there are also the beautiful rose garden, beaches and waves, Museum of Anthropology, Museum of Biology, Botanic Gardens and all kinds of libraries, etc. All of these made me fully feel the academic atmosphere of UBC, enhancing my determination to study hard and strive for the dream. In the several libraries I had visited, I saw the diligence and assiduity of UBC’s students and learned about the huge learning resources of UBC, and further believed that learning is endless. 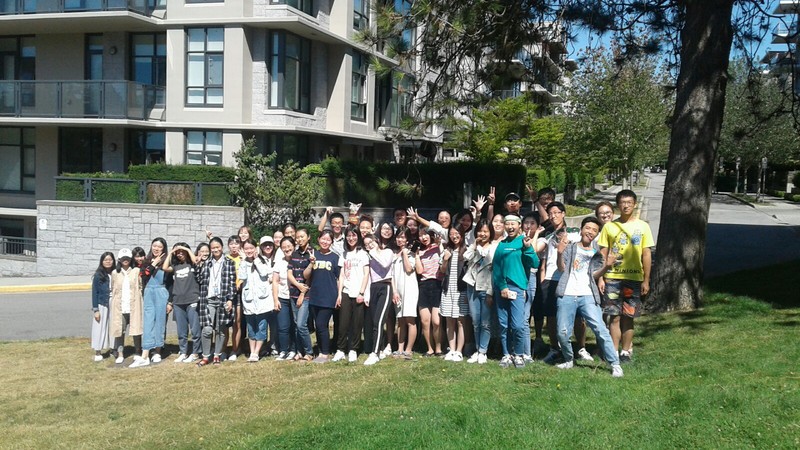 Compared to my major, Chinese International Education, there were some similarities, new areas and extension in two courses I had chosen, namely English and Linguistics. The course, English, was mainly about the development history of English language, which was a new one for me. The assessment methods such as assignment in class also trained my expressing and test-taking ability of English. During the course, I carefully learned the history and development of another language other than Chinese, which was beneficial to the learning and research of the second foreign language in my major, engaging in relevant work of teaching Chinese as a foreign language, and corrected some mistakes for me in learning English. Language is a bridge for cultural communication. If you know more about a language, you would understand the formation and development of one or several cultures further. On the other hand, Linguistics was more similar to my major. Much of its basic knowledge are same as those in the Modern Chinese and Teaching Chinese as a Foreign Language. Through studying, not only did I have a deeper understanding of these courses’ knowledge, the learning area of linguistics also had been extended without limiting myself to the language research of Chinese, which covered all languages of the mankind. Through the consultation and communication with Professors, I also experienced the similarities and differences of learning in linguistics among native speakers of different languages. This course gave me a new understanding of my major as well as clear thoughts about my future development and learning. Furthermore, the environment that everyone speaks English has conspicuously improved my English. During activities in class and on campus, I also made many friends from different countries and regions. All of these are immeasurable fortune for me. 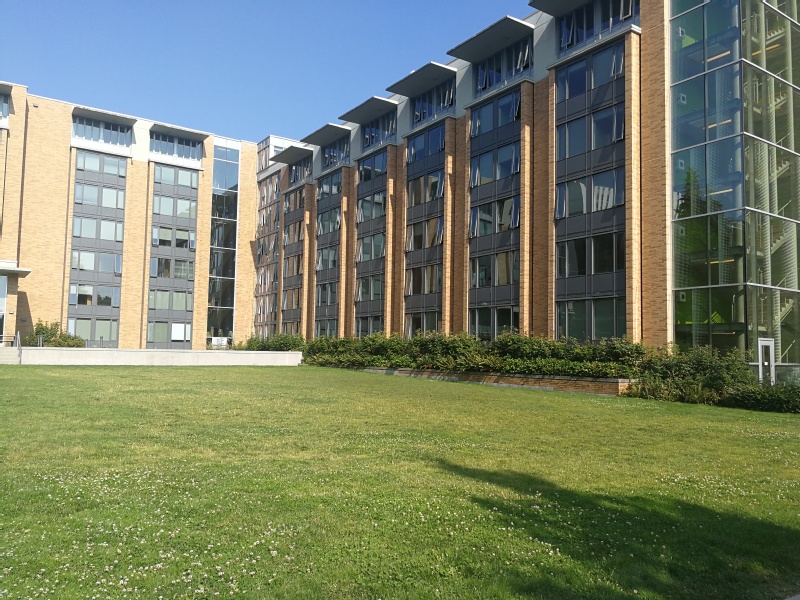 When it comes to the life ability, I had never traveled far away or dealt with all kinds of trivialities by myself before going abroad. Therefore, it was a big challenge for me. I still clearly remember the several days I just arrived in Vancouver. I was very embarrassed and depressed at that time due to unfamiliar language, strange environment, poor life ability and so on. I neither dared to communicate with locals in my poor English nor knew where to eat, how to order or go to class, which was the first time for me to feel so helpless. But I had to change to get used to it. Just under such a kind of pressure -- I have to do it, I started to become courageous and force myself to communicate with locals or ask for directions; borrow all kinds of resources and tools to get information; try to go to the downtown and other places by bus and skytrain alone; go shopping in my poor English. Although I had chosen the wrong direction and passed the right station when I took the skytrain for the first time alone, later I never made a mistake. Finally I successfully learned to travel alone.

One month in Canada has benefited me a lot. I’ll try my best to combine all positive factors learned during that journey with my study and life in the future to become better.

As for the study of summer for a month in the University of British Columbia, Canada, I mainly chose two courses of Arts C: the History and Future of the English Language and How Human Language Works. In short, it was about English and linguistics. There would be classes for 3 hours both in the morning and afternoon on the working day. The reason why I chose them was just because my superficial interest rising from the course description. However, I had a new and deeper understanding of them when I really engaged in them. And they even had strong connection with my major. 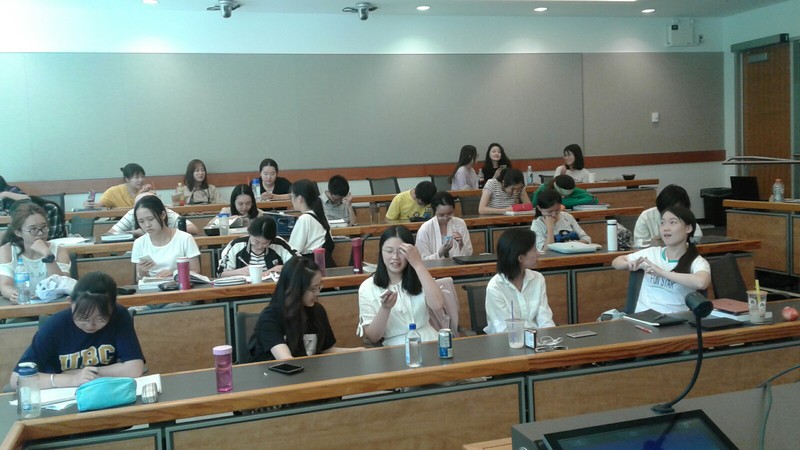 In class of the course, English, we mainly learned the development history of English, including Old English, Middle English, Early Modern English, Modern English, World English and all kinds of variants of English, which was a basic timeline of English development. In each period, we would carefully study attributes and features of the stage such as vocabulary, grammar, pronunciation and social background, including factors resulting in the feature like politics, economy, culture and war. Actually we learned cultural development process of different English countries by studying the development history of English. Through this course, I had a better understanding of English and its culture, corrected the mistake in early English learning and broadened my horizons, which guided me to a deeper understanding of another language other than Chinese instead of limiting to basically use English as a language tool only. It was very beneficial to some aspects of my major, Chinese International Education, such as learning of the second language and teaching practice. The assessment methods of this course were very novel. We rarely had homework. But the final score depended on the attendance, 3 assignments in class, 2 alternating group mini-presentations in class and the final exam. As for the assignment in class, we needed to read some materials temporarily about a certain development period of English. As a part of the test, then we should make a brief abstract. Finally we would write a summary with our own words and reasonable quotation. This process requires students to be highly capable of fast reading, language selection in short period and integration. In terms of the final summary, students need to formulate it according to their own understanding without deviating from opinions of the owner in materials, which is a test for the comprehensive ability. However, mini-presentations in class are the test for students’ ability of generalizing and spoken expression.

The formal name of the course, Linguistics, is How Human Language Works. After learning the vocabulary, grammar, pronunciation and so on of the language, I found that much of content in the course was highly relevant to my major, Chinese International Education. Some content of courses such as Modern Chinese and Teaching Chinese as a Foreign Language are also covered by this course. But the Linguistics there makes a further extension, which not only just studying and researching Chinese, but also generally introducing languages of the mankind. Although one month was too short for us to learn more about linguistics, we still had a more comprehensive understanding of linguistics, including Phonetics, Morphology, Neurolinguistics and Phonology, because the daily class also made what students learned extensive. The Professor would occasionally invite some Professors in other field of linguistics to give us a lecture. No matter which branch of linguistics we start from, we could explore and discuss more content. At the beginning, we would start from the basic knowledge about languages such as what languages are. Later we would learn something more difficult, including grammar and semantics of the language. The teaching methods there were very diverse. Besides homework of individuals and groups, there were also all kinds of short videos and outdoor additional activities about components of the sentence. There were 2 tests in class and the final exam totally. I like the class there, which was very active and relaxing. The Professor of Linguistics often walked around, making some phonetic shows and even giving lectures sitting on the desk, which made the class so interactive. Professors there especially think highly of communication in class. They would usually come up with some questions and answer the question posed by students anytime. They are afraid of no response instead of being interrupted while speaking. In addition, I also admire the academic rigor of UBC. No matter what kind of researches you are doing, you should always pay attention to the source and accuracy of content, richness of the supporting materials. 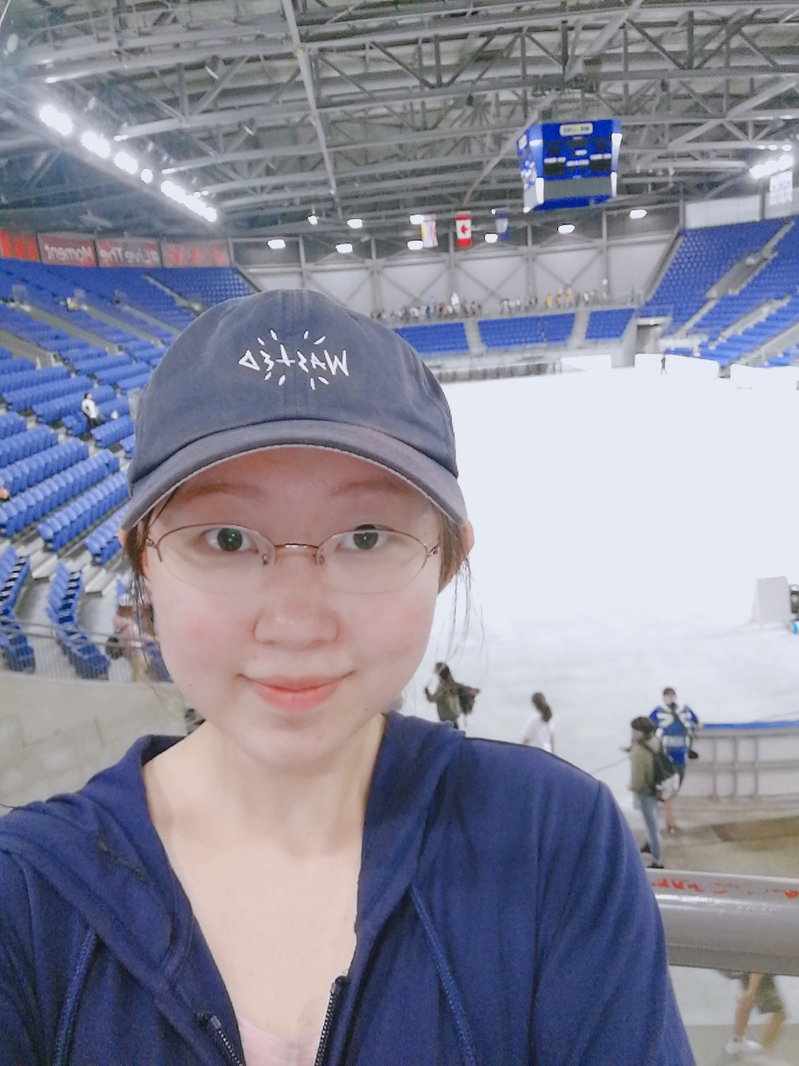 Besides the two courses, I also participated in an experiment of Laboratory of Linguistics, where I detected the laryngeal physiological phenomenon of native speakers of different languages with professional equipments while they were reading the same paragraph in their own languages. Through this experiment, I was more interested in Linguistics and known more about its research methods.

What’s more, UBC has provided us colorful cultural and social extra-curricular activities. And I visited some cultural attractions, including Anthropological Museum and Royal Museum, and gained more knowledge of North America by listening interpretation and browsing that month with the lead of Cultural Ambassador. I also experienced life styles, attitudes towards life, and customs of locals through all sorts of social activities. With various communication, I have made new friends and improved my English level conspicuously, especially in the environment that everyone speaks English.