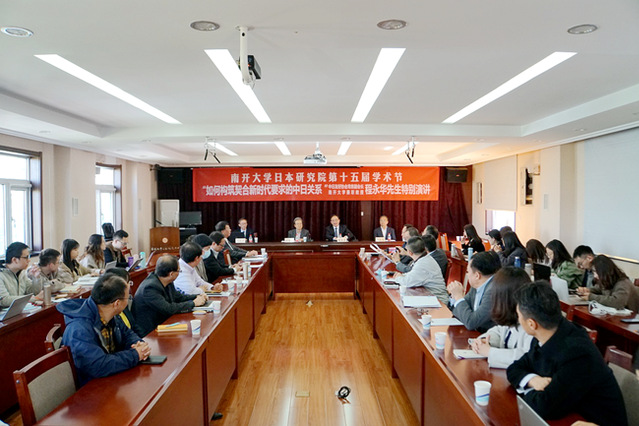 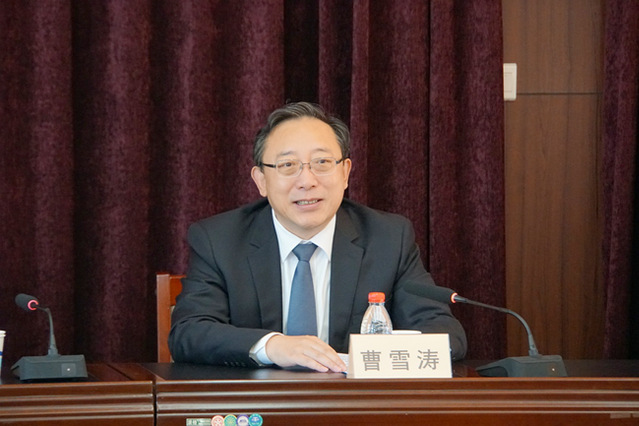 Cheng and Lu said that Nankai University, as a century-old university, has a profound historical and cultural background as well as rich academic resources, and would strive to contribute to the development of Japanese studies in Nankai and in China. 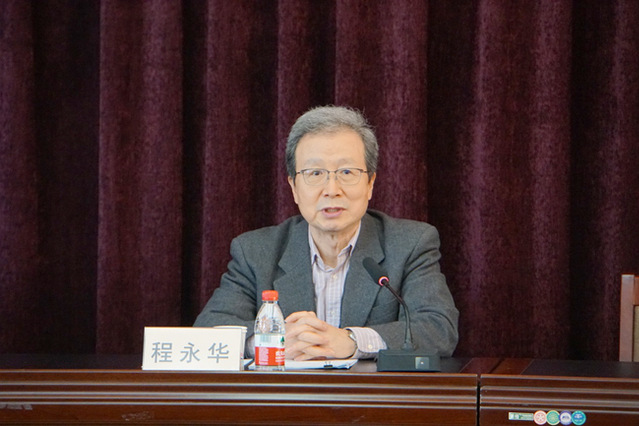 In the speech session hosted by the director of the Japan Institute, Cheng delivered a speech entitled How to Build Sino-Japanese Relations that resonates the New Era, while Lu made a speech on Opportunities and Challenges in Changes – Current Relationship and Prospect of China-Japan Economic and Trade Relations.

Cheng explained the concept of the “new era” from both domestic and international perspectives, which includes socialism with Chinese characteristics has entered a new era brought forward at the 19th National Congress of the Communist Party of China and “major changes unseen in a century” in current global environment. 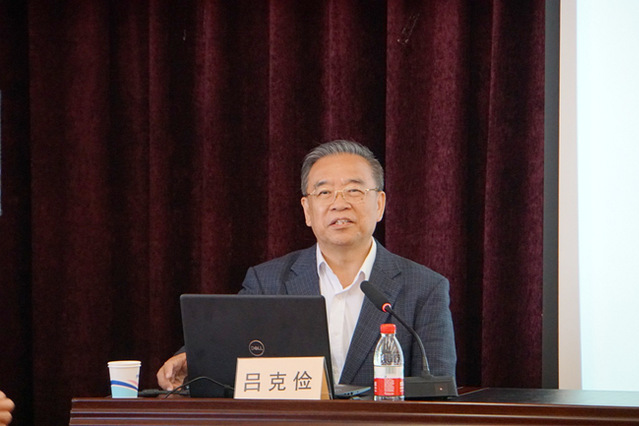 Lu analyzed current China-Japan economic and trade relations by pointing out the stability of the China-Japan commercial relationship, deepening of cooperation in the field of trade in services, cooperation with skilled interns and continuous growth of personnel exchanges. In addition, he also cast his prospect on Sino-Japanese cooperation. The prospect says that China and Japan should together work on and increase  exchanges and cooperation on energy saving and environmental protection, new energy and other,efforts as well as the response to public health incidents and disaster prevention and mitigation.

In addition to the special speech session, there were academic exchanges carried out in this academic festival such as a teacher session, graduate student session, PhD student session and many more. Scholar Participants and teachers and students attended seminars with Sino-Japanese relations as the main theme.