On October 27th, Xu Zhihong, a famous plant physiologist and member of the Chinese Academy of Science, attended the Nankai University Centennial Life Forum as an honored guest. He analyzed the current status of the world’s grain and oil production and looked into the future of China’s agricultural science and technology from a global and strategic perspective.

The symposium was held at the College of Life Science, Nankai University. The dean presented Xu Zhihong with a commemorative medal honoring his position as Lecturer of the Nankai University Centennial Life Forum. Over 200 researchers attended the symposium in person, as well as the faculty and students of Nankai University, in addition to 10.8 thousand audience members who watched the livestream. 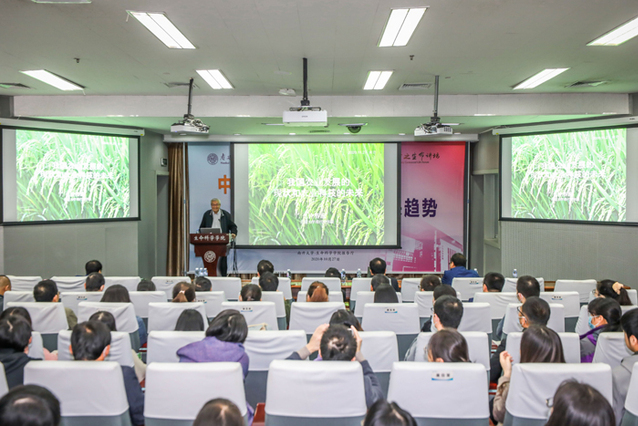 “Having the whole world in view, there is a long way to go to meet the rigid demand for food.”

“The international seed industry is an important battleground for the agricultural industry. We should be clearly aware that most of the core genetic modification technologies and products are monopolized by the five major multinational corporations. The development of seed industry is moving from traditional observation to digital high-throughput monitoring and digital management.” Xu Zhihong pointed out that multinational corporations are actively participating in the competition for the Chinese market in various ways, bringing a great challenge to local seed industry. 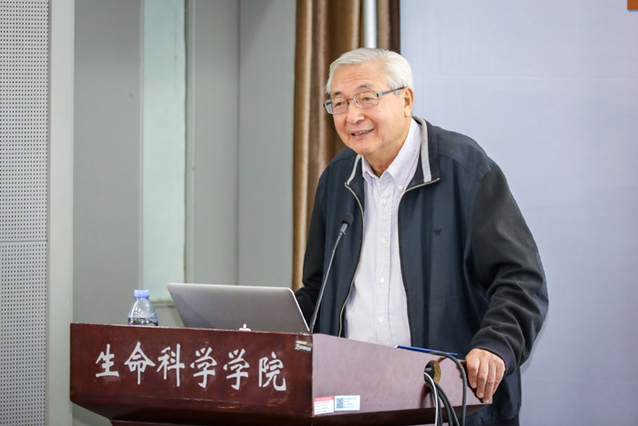 “The Chinese should take the bowls in our own hands and put our own food in them.”

Agriculture is a fundamental industry, and by no means could China’s modernization be separated from modernization in agriculture. Agriculture of the future meets the following requirements: ensuring food security as a precondition, being green and of high quality as an important symbol; supply-side reform as a necessary requirement; industrialization of agriculture as the direction of development.

Xu Zhihong suggested that there are about 240 billion kilograms of international grain trade, which is less than half of China’s total grain production. By now, China has achieved basic self-sufficiency in grain and absolute safety in food provisions. The rate of self-sufficiency remains above 95%. The supply and demand of grain are balanced, which meets the everyday consumption demand of the people and is able to confront severe natural disasters and emergencies effectively.

“At the same time, we should be clearly aware that the development of China’s agricultural modernization is still faced with many challenges.” Said Xu Zhihong. The situation of China’s grain and ecological environment security will be more severe in 10 to 15 years.

“A new round of fierce competition in breeding techniques’ revolution will begin.”

Xu Zhihong demonstrated that close dependence on agricultural technology and the continuous enhancement of it are necessary in the face of the intense international environment and the urgent need for agricultural modernization of China.

In the early days after the founding of PRC, we solved the problem of feeding the population through hybrid breeding technologies. After the Reform and Opening-up, we solved the problem of building a well-off society through molecular mark assisted breeding technology. And now, in order to achieve the goal of modernization, new breeding theories, technology and products are urgently needed, so the overall arrangement of precise design and creation of seeds is extremely urgent.

“We must attach more importance to the development of agricultural technology and depend on them more than ever. We should actively make arrangements to ensure a successful execution of the modernization of agriculture in China.” Xu Zhihong said that the life science of Nankai University has an excellent foundation, which started with plant science. I hope that more and greater contributions to the development of agricultural science and technology will emerge in this university.