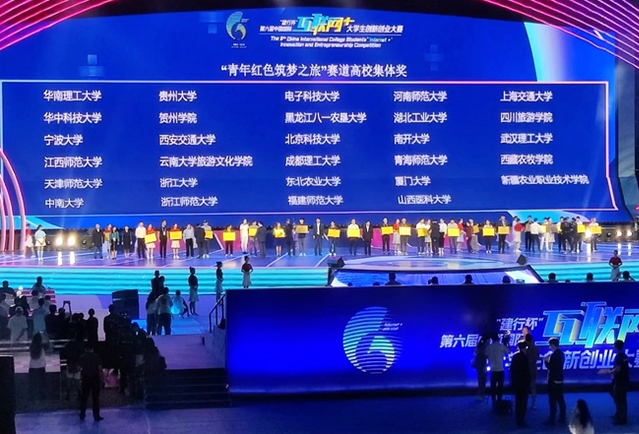 After fierce competition, 7 projects from Nankai University made it to the national final. The project Breaking the Quiescent State -- Making a Sustainable and Reproducible Model of Industrial Poverty Alleviation, designed by the College of Tourism and Service Management, won the silver prize in the commercial group of the Youth’s Red Dream Tour track. AR Intelligent Monitoring of Water Supply Network, by the Shenzhen Institute, won the silver prize of the international project group. Bronze award receivers include Femtosecond Filament Laser Radar -- the First Provider of Multi-state Air Pollution Real-time Detecting Service and Quanguangxingtong Technologies Co. Ltd., both presented by the College of Electronic Information and Optical Engineering, Making Gold without Mercury -- Reproduction of a PVC Mercury-free Catalyst and  a Blood Drop To Fight the Pandemic -- COVID-19 Antibody Testing Kit, both presented by the College of Chemistry, and Protecting the Orange Industry -- Guarding the Way to Wealth, presented by the College of Pharmacy. 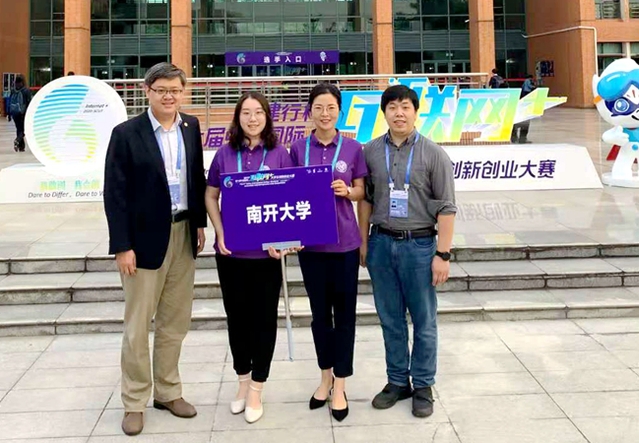 Nankai University's project Breaking the Quiescent State -- Making a Sustainable and Reproducible Model of Industrial Poverty Alleviation, awarded the silver prize, was guided by Li Zhong, lecturer of the College of Tourism and Service Management, Nankai University, and was run by Tu Jinge and Yu Huihui, who graduated from the College of Tourism and Service Management in 2019. This project was launched in 2017. Since then, it has helped 106 impoverished craftsman families, with an average increase of 32 thousand yuan in income per family. It created nearly 400 job opportunities directly and nearly 3000 jobs throughout the industry, lifting sales by 9.3 million yuan. From January to May, when the epidemic was extremely serious, it brought in online sales of over 2 million. This model has been replicated in more than 10 counties including Xiuwu County in Henan Province and Xiji County in the Ningxia Hui Autonomous Region. 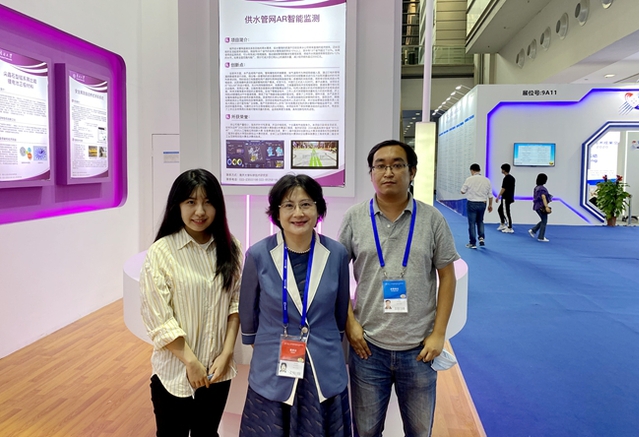 Nankai's silver prize receiver, AR Intelligent Monitoring of Water Supply Network, was guided by Huang Jinhui, professor of the College of Environmental Science and Engineering, and run by Li Yu, assistant researcher of the Shenzhen Institute, Nankai University. This project can effectively reduce the leakage rate of city water networks to 8% to 12%. If promoted nationwide, it is estimated to decrease the leakage of over tens of billions of tons, and reduce economic losses of over 20 billion yuan. The project has been applied in the Pudong New Area of Shanghai.

(Reported by Jingqiu Hao, Translated by Junlin He, Edited by STEFAN SARAH DANIELLE and JianjingYun)