homepage  About NKU  Who We Are
Logo

The origin of the school badge records the history of a period of frustration and spiritual improvement at Nankai School. In 1917, Tianjin suffered a devastating flood. In mid-September, the south canal broke the embankment, and floods advanced into the urban area, and Nankai School was not spared. Under the leadership of acting president Zhang Pengchun and the joint efforts of the whole school staff, the school first moved to the Dongmalu Road Youth Association, and then moved to Hebei College of Political Science and Law. Zhang Pengchun gave a speech  at the opening ceremony that year: "Students are living in spirit and not in school. The spirit of my teachers and students is always there. The drowning in the house cannot prevent me from making progress!" The spirit of teachers and students was greatly encouraged. During the difficult period of boarding and studying, each Nankai student wore a paper purple-white temporary badge on the chest, always reminding himself that it was more necessary for Nankai people to temper their will, cultivate themselves, and carry forward the spirit of Nankai University. Later, Nankai teachers and students did not return to school until July of the following year. Afterwards, on September 23 of each year, the school will hold a "flood commemorative event" in the dining room. All the students sat in front of the table and had porridge for commemoration. They wore purple and white cards with the word “Nankai” printed in front of their chests. This was the same as that year, but the following line was added with a small print:" 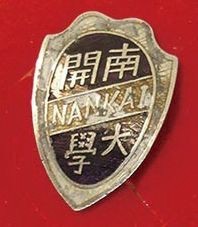 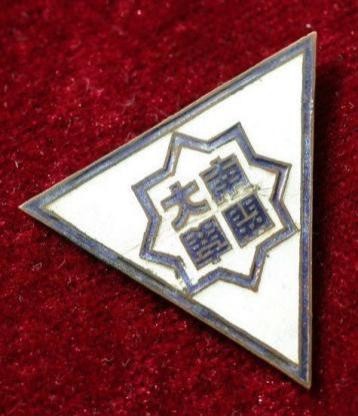 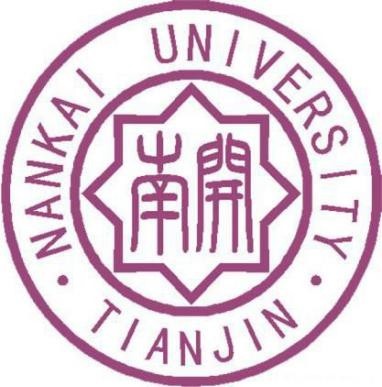 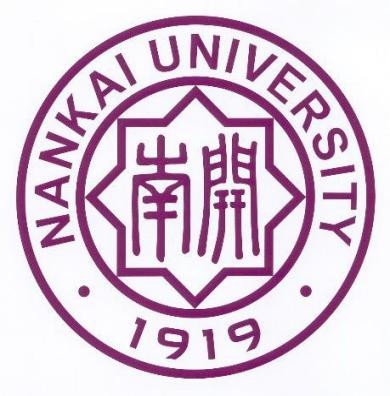 The core image of Nankai University's school badge is an eight pointed star, which is formed by the superposition and combination of two squares. The eight corners are all right-angled and point to the east, west, south, north, southeast, northeast, southwest and northwest directions respectively. Firstly, it embodies the idea of "Honest to be a man". Secondly it reflects the spirit of Nankai University of  "facing all directions, broad-mindedness, broad knowledge, and forging ahead". The interaction between the eight pointed star and the circle outside and the fusion of the western and eastern cultures reflect the philosophy of knowing all around and acting directly, striving for excellence, dedicating to public interests and acquiring all-round capability of Nankai University.