homepage  About NKU  Who We Are
Overview

Since its founding in 1919, Nankai University has forged a strong academic reputation. Known as the ‘North Star’ among China’s higher education institutions, it has gathered many academic leaders over the years, and inspired generations of students, building a model for higher education in China. Aimed at making an impact on society, the university has produced many results that have brought significant socio-economic benefits. 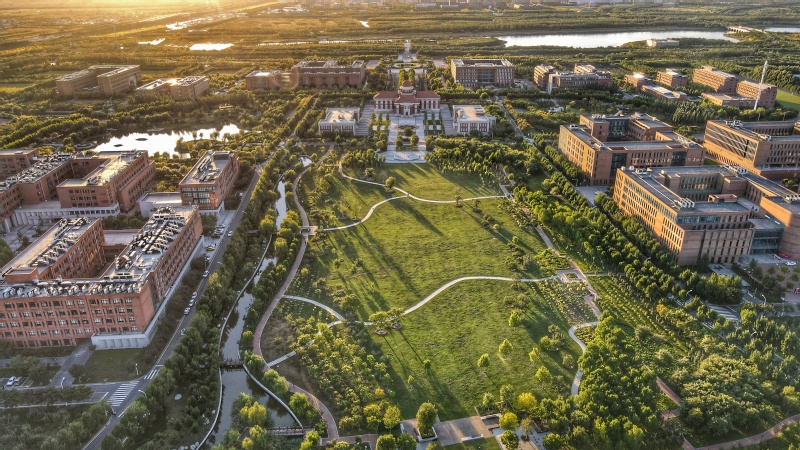 Nankai University (NKU) was founded in 1919, by the famous patriotic educators Zhang Boling and Yan Xiu, when the thunder of the May Fourth Movement was just about to explode and the whole China had fallen into a life–and–death crisis. During WWII (1937-1945), NKU trekked thousands of miles southwest across the country in order to ensure its survival. At Kunming (Yunnan Province), Japanese gunfire notwithstanding, it merged with Peking and Tsinghua Universities, and formed the renowned Southwest Associated University. Thanks to the concentration of luminaries among their faculty, the three universities, produced a great number of noted scientists and patriotic revolutionaries. 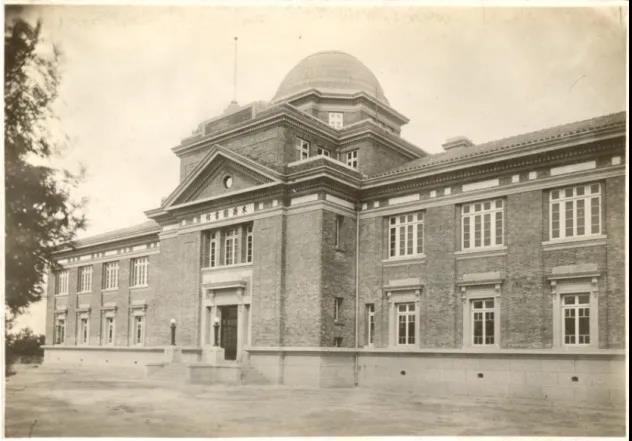 In 1946, with the war, now ended, NKU returned to Tianjin and was reformed into a national university by the government. Zhang Boling held the post of president and up to the 1980s, became a fully-fledged university of liberal arts and sciences. It maintained a nine-department configuration, with schools of mathematics, physics, biology, chemistry, Chinese, foreign languages, philosophy, politics and economics, and history.

After the founding of the People’s Republic of China, supported by both the Ministry of Education and Tianjin Municipal People’s Government, Nankai University developed into a research-oriented university, listed in the key construction projects of “985” and “211”.

In September 2015, the new campus was opened and the university formed for the first time the “three-campus” layout comprised of Balitai, Jinnan and TEDA, with a combined area of 4,451,900m²

In September 2017, Nankai University was selected as one of the 36 tier A national universities and along with 41 other Chinese universities was ranked among the world’s first-class universities.

Over the past century, NKU has always been closely linked with the fate of the nation, advancing together with the progress of society. “We emphasize public values, capabilities, and innovation,” says Cao Xuetao, the university’s current president. “These are integral to our Nankai spirit.” Now, under the ‘Make Nankai Excellent’ plan, these core ideas guide Nankai University toward further greatness.

The emphasis on public values, capabilities and innovation is at the core of education at Nankai. It provides a quality environment for 30,000-plus students, with the widest range of disciplines, allowing them ample freedom for academic exploration, including interdisciplinary innovation, which is a fundamental remit at Nankai. The university encourages its world-class researchers to participate in undergraduate teaching, leading to many popular, well-received classes. With 26 colleges and 92 undergraduate programs, 28 Post-Doctoral research stations and 31 authorized primary Doctoral programs, Nankai has one of the most comprehensive academic programs in the country. While the university was elected into the national ‘double first-class’ initiative, its chemistry, material science and engineering, mathematics, statistics and world history programs were also designated as ‘double first-class’ subject areas.

Being able to participate in research innovations, Nankai’s undergraduates have won many competitions. They are also encouraged in entrepreneurship, and given opportunities to win funding for their startups. 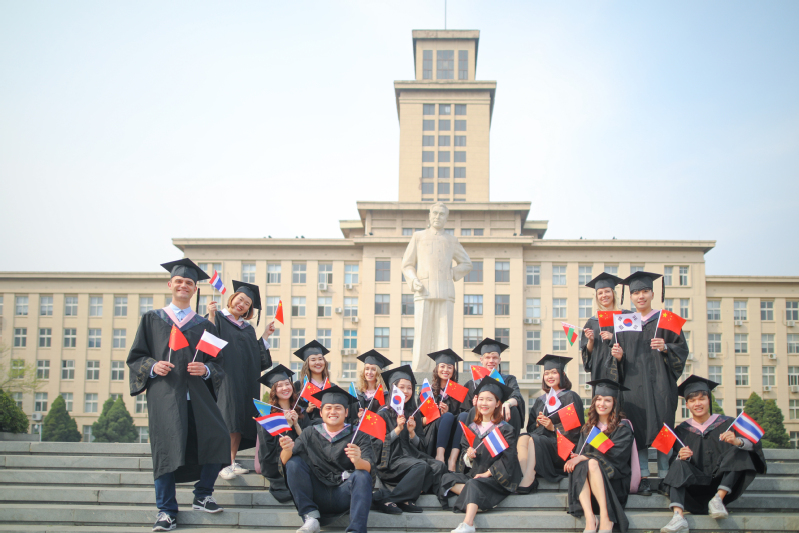 Nankai also offers diverse platforms for field trips and internships, which enable students to continue learning by putting theories and knowledge into practice and encourages their sense of social commitment. Field trips and social service activities organized by the university also support poverty alleviation in China’s underdeveloped regions, a public spirit ethos underpinned by its teaching.

With a century’s inheritance, NKU has educated a remarkable number of highly reputed graduates. The PRC’s first premier Zhou Enlai, the founder of China’s pesticide, chemistry and elemental organic chemistry Yang Shixian, mathematician Chern Shiing-shen, physicist Wu Ta-you, playwright Cao Yu, one of the main contributors to the Teo Bombs and One Satellite Project Guo Yonghuai, and geologist Liu Dongsheng… they all started at NKU.

From the founding of NKU to its centennial anniversary, there has always been a group of people committed to scientific research. With a tradition in research, Nankai has seen a growing number of research breakthroughs in recent years.

- the use of technology to detect hazardous gases on spacecraft, such as Tiangong-1 and Tiangong-2, contributing to China’s manned space program;

- the use of robotic technology in cell micro-manipulation, leading to the birth of the world’s first robot-cloned piglets;

-  the development of organic solar cells that set a new record in sunlight-to-electricity conversion efficiency;

- efficient synthesis of a natural product that can be used to treat glioma, a category of a brain tumor;

- the development of automated bridge crane systems that have significantly improved work efficiency and safety.

These research results have put Nankai in the top 10 of China’s Nature Index annual tables released in 2019, and 47th among global academic institutions with its chemistry department ranked 10th globally among academic institutions. In 2018, eight scholars from NKU were selected as Clarivate ‘highly-cited researchers’ of the year. It is also one of the leading Chinese universities in the number of citations in the last 10 years of papers published in Science Citation Indexed journals.

Equipped with top academic capability and creative spirit, Nankai University has a well-balanced faculty team in terms of age and academic discipline. Among the 2,153 faculty members, there are 822 doctoral supervisors, 770 masters’ supervisors, 864 professors and 840 associate professors. It also has 11 members registered in the Chinese Academy of Science, 3 members of the Chinese Academy of Engineering, 3 chief scientists of the National High Technology Research and Development Program (863 Program), 15 chief scientists of the National Basic Research Program of China (973 Program) and 17 leaders of The National Key Research and Development Program of China. Furthermore, 8 teachers have been awarded the honor of Outstanding College Lecturer by the Ministry of Education, there have been 8 recipients of the Excellent Young Teachers Prizes sponsored by the Ministry of Education, and 28 recipients of the National Natural Science Foundation of China Youth Fund. 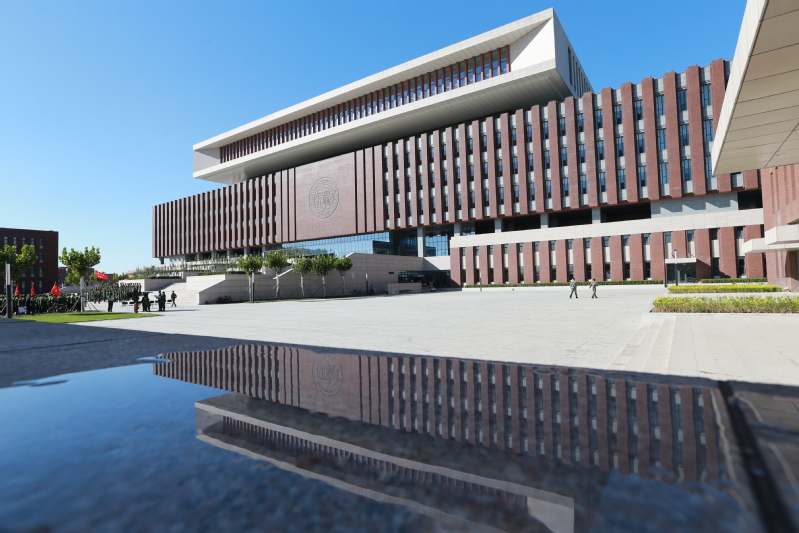 As a national research and teaching center, Nankai has 21 national-level key research institutions in natural sciences and 7 in social sciences. Nankai also has 2 national, and 7 key laboratories of the Ministry of Education, 1 key laboratory of the State Environmental Protection Administration, 20 key laboratories of Tianjin, 14 engineering centers of the Ministry of Education, 4 engineering centers of Tianjin and 9 national-level bases for basic science research and talent cultivation.

Being an active player at the forefront of scientific research Nankai University is paving its way to new scientific excellence by self-reform and innovation.

As part of the ‘Make Nankai Excellent’ plan, the university will capitalize on its existing strengths in natural sciences, humanities and social sciences, enhance its edge in engineering and biomedicine, and boost the development of emerging interdisciplinary fields, seeking to address national strategic needs.

Pushing Nankai into the ranks of world-class universities was integral to the ultimate goal of the founders of Nankai. In its early years, the university attracted many world-class scholars of the time and produced many renowned alumni.

As China’s reform was taking shape in the 1980s, the university continued to lure world-class scholars from abroad, including renowned mathematician, Shiing-Shen Chern, also a Nankai alumnus, who is regarded as the ‘father of modern differential geometry’, and Florence Chia-ying Yeh, a scholar of classical Chinese poetry. It has strengthened ties with international academic communities, increasing its global influence.

In 2016, the university launched a ‘Global Nankai’ plan, aiming to build its global reputation by making its talent training, faculty, research and campus more international. With the launch of the ‘Make Nankai Excellent’ plan in its centennial year (2019), it is poised to become a world-class university. Its commitment to public welfare and progress has extended beyond China. Just as science has no national borders, nor does Nankai’s remit to serve and inspire.

Nankai University has established exchange and collaborative relationships with more than 320 international universities and academic institutions. It has been contracted to establish eight Confucius Institutes overseas, in Japan, UK, Portugal, Korea, Brazil and others. Moreover, four joint research centers have been established abroad: in collaboration with the Universities of Oxford, Cambridge, Birmingham and SK Holdings of South Korea. Nankai has also launched a number of high-level study-abroad programs, participated in the Davos World University Leaders Forum, hosted the “Tianjin Forum (2017)”, the secretariat of International Forum of Public Universities (IFPU) and was selected by Hanban as one of the first universities to participate in the new international Sinology research plan.

Benefiting society is integral to both education and research programmes at Nankai. The renowned educators, Yan Xiu and Zhang Boling, founders of the university, envisaged a plan to bring modern education to contribute to China’s revitalization.

Famous alumni include Zhou Enlai, the first Premier of the People’s Republic of China, who was admitted to Nankai in 1919, and Guo Yonghuai, an expert in aerodynamics who forged modern mechanics and aeronautics in China.

In the 1920s and 1930s, Nankai had already gathered esteemed scholars as teachers:  including Peng—chun Chang, a philosopher, playwright, and China’s representative on the drafting committee for the Universal Declaration on Human Rights, and Franklin Ho, a forerunner of China’s economic research among others. These innovative faculty members and their students made Nankai a hub of modern ideas, culture and science.

In wartime, while Nankai was relocated to southwest China with Peking University and Tsinghua University, to form National Southwestern Associated University, it incubated Nobel laureates in physics, Chen—Ning Yang and Tsung—Dao Lee. Later, after the founding of the People’s Republic of China when it was re-established in Tianjin, and it was active in education reform.

The university will continue to carry forward its core values: to develop its spirit, persist in giving top priority to cultivating the integrity of students, strengthen its quality, and vigorously implement the six strategies of reinvigorating the school through human resource development. It will strengthen its academic schools, improve educational quality, research and innovation, serving the Binhai Area and internationally, as it develops towards its goal of building a world-leading university.

（Statistics accurate as of October, 2020)