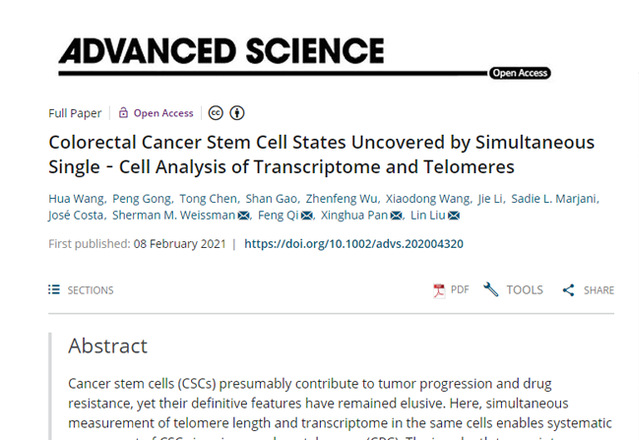 As oncology research evolves, the scientists have discovered that the cancer stem cells, which can be found in many types of cancer, are responsible for the metastatic cancer and its recurrence. However, there are still many major questions unanswered, such as what are the characteristics of cancer stem cells, how they cause diseases, why they develop drug resistance, what are their drug resistance mechanisms and many others. To solve those questions, scientific researchers have been attempting to research cancer stem cells individually so that they can develop a clearer, more in-depth and accurate understanding of it.

Days ago, researchers from Nankai University, Southern Medical University, Tianjin Medical University and Yale University published a research in the interdisciplinary premium open access journal Advanced Science. Using single-cell RNA sequencing combined with telomere length analysis, they identified the different states and molecular characteristics of colorectal cancer stem cells. Cancer stem cells with strong stemness actually take up a low portion with a low proliferation rate They are usually in a resting state and keep their telomeres short. These silent killers not only evade current tumor therapies that prevent cell proliferation and induce apoptosis, but also develop drug resistance through dormancy, and can mutate and remodel into proliferating tumor epithelial cells, thus leading to rapid growth of cancer cells and cancer recurrence. This finding has altered our understanding of cancer stem cells and provided a new idea for cancer treatments, especially for reducing the risk of cancer recurrence. 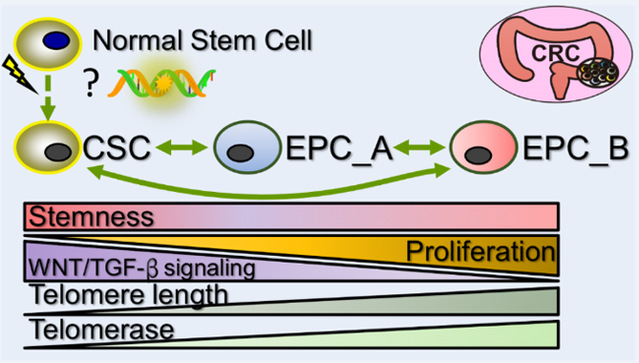 Colorectal cancer is the third most common occurring cancer. It is also the number three killer in terms of mortality rate and nowadays it shows a likeability to appear in younger people. Studies found out that cancer metastasis and recurrence are the main causes of death for most patients with terminal colorectal cancer. Nowadays, the commonly used treatment, which mainly target cancer cells in a proliferative state, can significantly improve early treatment outcomes, but patients often develop drug-resistant responses that lead to recurrence and metastasis. Further studies also revealed that cancer stem cells are an inducing factor that results in the recurrence of colorectal cancer after the treatment.