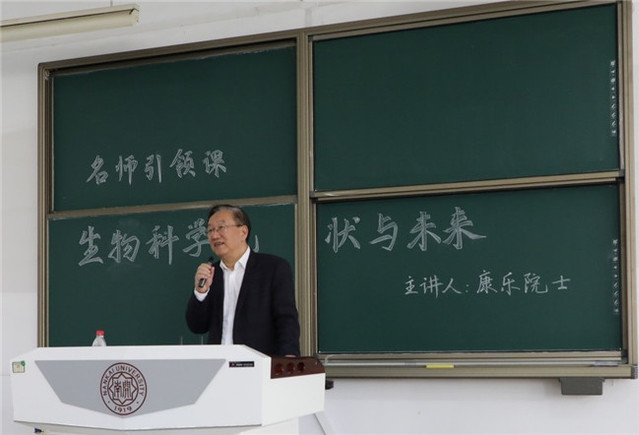 On April 7, KANG Le, Academician of the Chinese Academy of Sciences and President of Hebei University, entered the platform of Nankai University to give a lecture titled “The Secrets of Locust Plague”, which attracted over 200 teachers and students.

This lecture is the seventh one of the general education course series “The Current Situation and Prospect of Biological Sciences”. Academician KANG Le introduced the research on the aggregation behavior of locusts. He pointed out that the plague of locusts has its origin in ancient times. We can find vivid depictions and descriptions of locusts from the Egyptian murals of more than 7000 years ago as well as from the Chinese oracle-bone inscriptions. 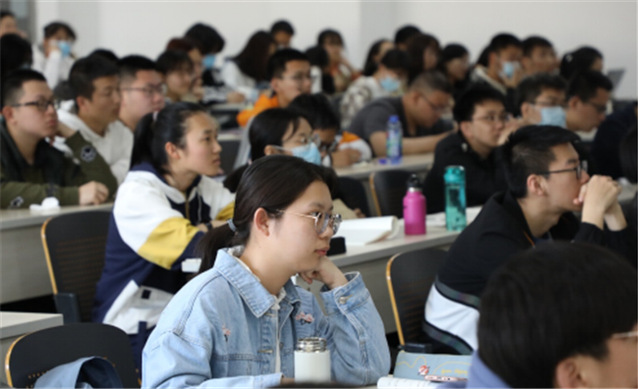 In the lecture, he said that the key reasons for the outbreak of locust plagues lie in the transition from a scattered lifestyle to a gregarious lifestyle, including the transition of defensive strategy formed in the long-term evolution. Furthermore, he introduced that his research team discovered the pheromone 4VA(4-vinylanisole) which leads to the plague of locusts. This research result was published in Nature, the world’s top journal in the field. Nearly in the past two decades, almost half of the world’s important outcomes of the research on locusts came from KANG’s research group.

(Reported by Jian Wang and Dazheng Li, photographed by Hao Liu, translated by Junlin He, edited by Davide Francolino and JianjingYun)