Recently, a Nankai University students’ team of scientific research and innovation of “Iron Catalysis” has discovered a new method for generating free radicals under mild conditions without additional chemical oxidants. The team has also applied this method to the modification and transformation of inactivated methyl and methylene, which are the most difficult to react in organic synthesis, and has achieved several breakthroughs in the construction of C-C and C-hetero with cheap metallic iron. It closely follows the country's major strategic needs, deeply explores the application of common and cheap metallic iron and other catalysts in organic synthesis, and, at the same time, develops an air-oxidation system with high efficiency, high selectivity, and ultra-low emissions of waste gas, waste water and waste residue to support the construction of our country's ecological conservation.

Image: the realization of new chemical bonds with “air-iron”

Image: the application of air-oxidation method in synthesis

The team has innovatively developed the air-iron catalytic system, with which, under mild conditions, the cross-coupling reaction catalyzed by transition metal-iron salts was used to achieve the construction of sp3C-C, sp3C-O, sp3C-S, and sp3C-N. They published many papers as first authors in top international journals such as Angew. Chem. Int. Ed. and Green Chemistry, with a cumulative impact factor of 36. In addition, the Iron Catalysis team was invited by the German chemist Paul Knochel to write a SYNPACTS article on its scientific research results [Synlett, 2020, 31(18), 1753.]. This is the first time that the journal invites an undergraduate team to write bright commentary articles since its inception. 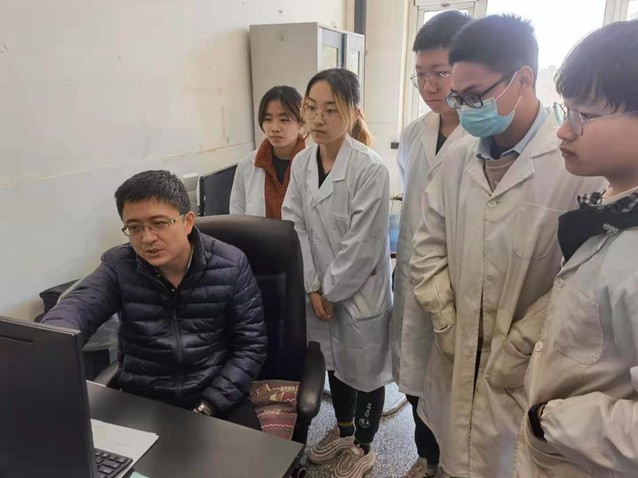 The catalytic oxidation method studied by the Iron Catalysis team has a wide range of uses. It is greener and more efficient than some existing olefin synthesis reactions, and can be used in the synthesis and production of various high value-added and chemicals. Additionally, the air-iron catalytic system has great application value in the production of chemical companies, and has been highly praised by docking companies. “This method not only can be used for a brand-new technical route, but also can alleviate the tough problem caused by several times the amounts of by-products and high-concentration COD waste water produced by the reduction of oxidant in the reaction, said the expert. This new method can avoid the use of heavy metal catalysts, reduce the energy consumption and the production of polluting by-products, making our country's chemical industry a giant step forward to the world's advanced level of green development.