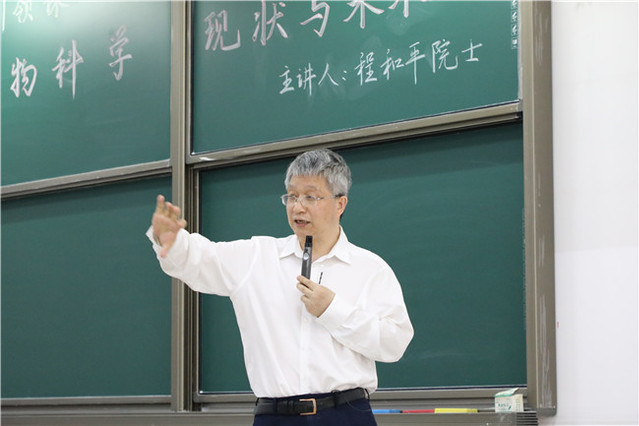 On June 2, Cheng Heping, academician of the Chinese Academy of Sciences, principal investigator of the Laboratory of Calcium Signaling and Mitochondrial Biomedicine and researcher of the Center for Life Sciences, visited Nankai University and gave a lecture themed “Calcium Spark”. It was the 14th lecture of the general education course series “The Current Situation and Prospect of Biological Sciences”. The academician Cheng Heping briefed more than 100 teachers and students on the essential role of “calcium ions” in the regulation of human life activities.

The academician has made great achievements in scientific research: he discovered the “Calcium Spark”, which is known as “one of the ten most outstanding myocardial research papers in more than 100 years”; he discovered the phenomenon of “superoxide flash” in mitochondria; he also invented a 2.2g miniature of a two-photon microscope that can be carried by mice while running. During the class, Academician Cheng told the story of the “Calcium Spark” in a detailed and systematic manner: Ca2+ can involve in muscle contraction, hormone secretion, neurotransmitter release and many other life activities. It can be said that the cellular calcium signaling system is characterized by a high degree of unity of simplicity and complexity. According to professor Cheng, Ca2+ has three subspaces: extracellular calcium, intracellular calcium store, cytoplasmic calcium signal; it also has multiple scales such as time scale, spatial scale and calcium ion concentration. The superposition of time and space will produce calcium transient waves. As the basic unit of calcium signal in cardiac muscle cells, calcium sparks also play an important role in the dilation and contraction of blood vessels. Similarly, calcium blink will participate in guiding cell migration. With the development of research, calcium shows more and more spatiotemporal characteristics, such as “calcium peak”, “calcium star”, “calcium hole”, “calcium flicker”, “nano calcium spark”, etc., and the study of calcium spark gradually developed into“Sparkology”. 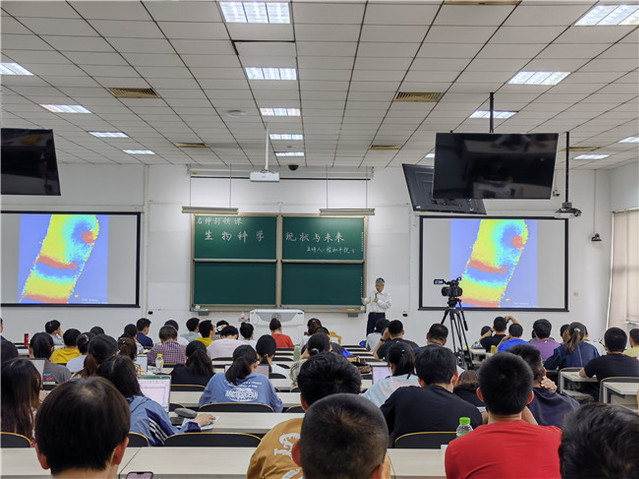 Besides his scientific research, Professor Cheng is an example for all of us. He has been searching for literature on related fields with reference to the past 50 years, studying them carefully. Learning English in the morning has been his daily routine for a long time, and in his spare time, he reads some biographies of scientists. Before the lecture, professor Cheng Heping talked with more than a dozen of students from Nankai University. He answered their questions about scientific research and life in detail, and students found his suggestions highly beneficial.