On June 5, the Key Laboratory of Advanced Energy Materials Chemistry of the Ministry of Education and the Institute of Applied Chemistry and Engineering jointly organized the Carbon Neutrality S&T Activity Week. Professor Chen Jun, the academician of the Chinese Academy of Sciences and vice president of Nankai University, attended the meeting. 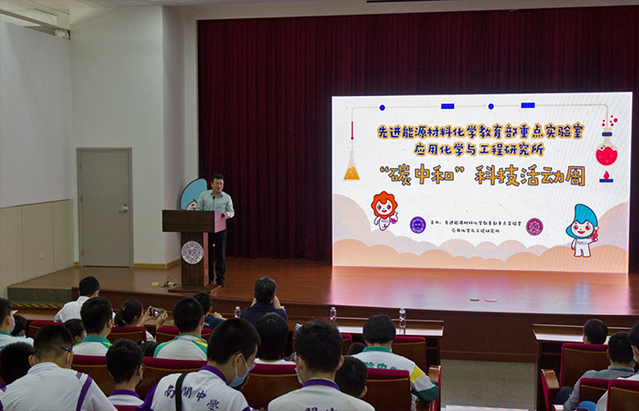 In the speech, Chen pointed out that science popularization is a basic and universal work. Strengthening science popularization education and improving the scientific quality of the whole nation, especially for young people, has become a basic project to enhance national innovation capabilities and international competitiveness. As Tianjin’s “Specially-appointed Science Ambassador” in 2021, Chen Jun hopes that the successful holding of this “Carbon Neutrality” S&T Week will inspire young people’s scientific and technological dreams and contribute to the early realization of “carbon neutrality” and other important national strategic goals.

This time the activity includes two parts: thematic lecture and DIY experiment. In the theme report session, the researchers took Developing New Energy-Helping Carbon Neutrality, Efficient Use of Solar Energy-Solar Cells and How to Float and Retrieve Objects in the 21st Century as themes, bringing a lively and interesting science report about energy. The lecture was full of audience, and the fascinating science report attracted many students to actively interact and created a strong learning atmosphere. 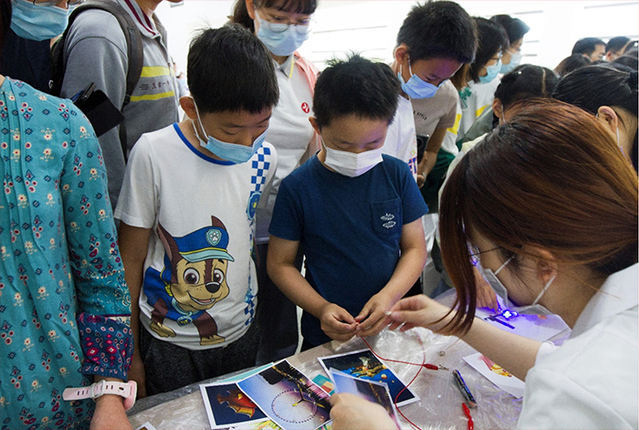 The small message board carries big dreams: I hope to achieve the goal of carbon neutrality as soon as possible, Little scientists also make great contributions, I hope I can be admitted to the School of Chemistry of Nankai University...Through this event, seeds of science were planted in the hearts of teenagers.