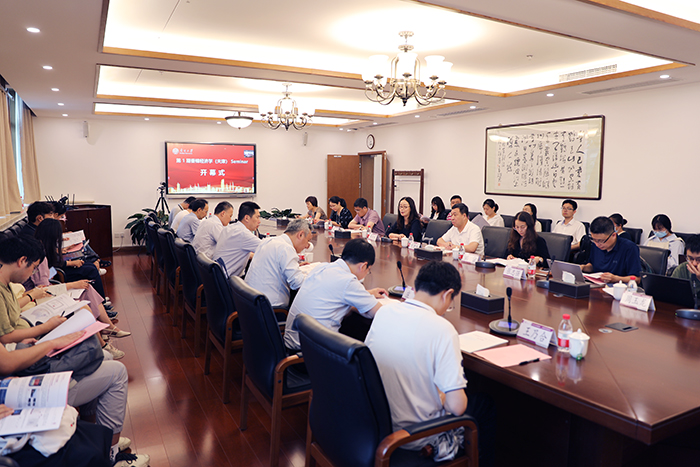 From July 2 to 3, the 1st Camphor Economics Circle (CEC) Forum (Tianjin) was held at Nankai University by the CEC and the College of Economic and Social Development of Nankai University. Established in 2008, the CEC has had a great impact on Chinese people around the world. Over more than one decade, the CEC has been promoting the communication and development of Economics by holding annual conferences, English Forums, local seminars, and theme forums worldwide.

The CEC Forum (Tianjin), with the theme of Urban and Regional Economics attracted nearly 500 scholars national wide. The scholars developed discussions on topics such as the evaluation of regional and environmental policies, international trades under the new development pattern, residential land supply, corporate financial asset allocation, and corporate innovation. Editors from academic journals also participated in the discussion and provided feedback.

The center of Urban and Regional Economics in Nankai is the only national-level philosophical and social science innovation base for regional economics. The center is also listed as the first tier of national key discipline units. By co-organized the forum with the CEC, Nankai university took one more step to expand its positive impact among young scholars in China.