Related research results were published on Journal of the American Chemical Society on August 19, 2021 with the title of “Photooxidation-Driven Purely Organic Room-Temperature Phosphorescent Lysosome-Targeted Imaging”. Professor Liu Yu and Associate Professor Zhang Yingming are the joint corresponding authors, and Yu Huajiang, a doctoral student from College of Chemistry, is the first author.

Based on the previous work, the research group skillfully designed and synthesized a photooxidation-driven supramolecular fluorescent and phosphorescent bidirectional luminescence system and successfully achieved multi-color targeted imaging for double organelles in living cells. Based on the molecular recognition of cucurbituril (a kind of macrocyclic compound condensed by glycoluril and formaldehyde) and photooxidation of bound guest anthracene, they found that the macrocyclic compound can effectively induce the assembly of anthracyl conjugate bromophenyl pyridine salts to form supramolecular polymer through the stable intermolecular charge transfer interaction of cucurbituril, which led to an increase in rigidity and conjugate degree, thus significantly improving the intensity of red fluorescence emission. In contrast, under light conditions, the anthryl is oxidized to anthraquinone and the molecular assembly pattern is also transformed from the “head to tail” supramolecular polymer to the “head to head” ternary compound, and the ternary compound can emit strong green phosphorescence in aqueous solution. 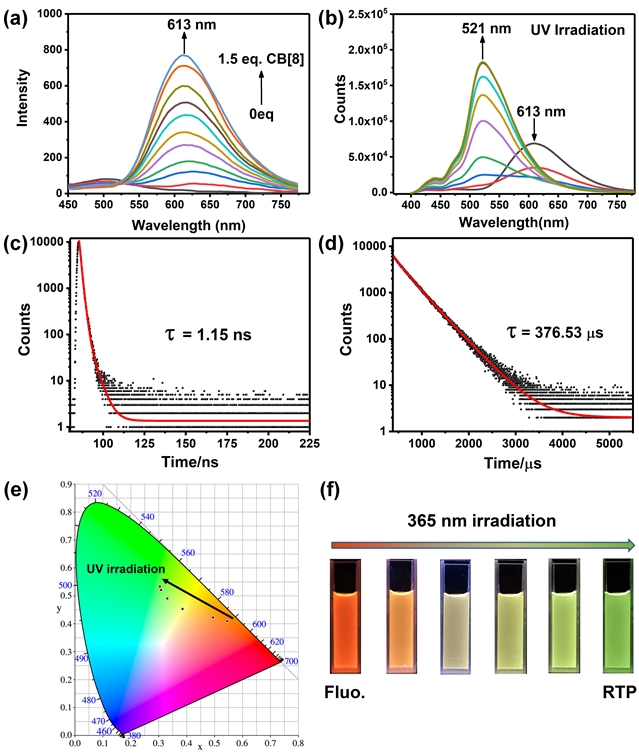 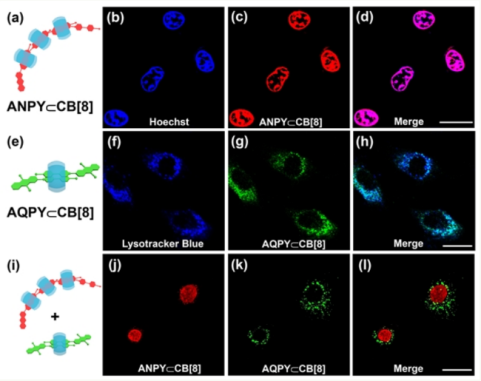 Researchers held that the work has achieved multi-color targeted imaging for different organelles in living cells for the first time by means of photooxidation-driven strategy, which provides a new idea for developing stimuli-responsive materials and functional imaging reagents.