On November 10, Professor Wang Ningning's team from the College of Life Sciences of Nankai University, in collaboration with Academician Rao Zihe's team of structural biologists from the State Key Laboratory of Medicinal Chemical Biology and the Center for Cell Response Cross-science of Nankai University, and Professor Jeffery Shen, a bioinformatician from the University of Nevada in the United States, published a paper entitled “Dual Activities of ACC Synthase: Novel Clues Regarding the Molecular Evolution of ACS Genesonline in Science Advances, a sub-journal of Science, which brings new clues to reveal the molecular evolution path of ACS, a key enzyme for ethylene synthesis.

Researchers found that in addition to ACS activity, the ACS protein from seed plants also generally possess Cβ-S lyase activity that catalyzes the production of pyruvic acid with cystine or cysteine as the substrate, which suggests that the ACS may have originated from C-S lyase, breaking the conventional concept that ACS, a key enzyme for ethylene synthesis, originated from aminotransferase and providing a new perspective for the molecular evolution of ACS genes. The authors also found that the acquisition of two conservative domains at the N terminus including the corresponding site of Q98 during evolution was a key event for plant ACS-like protein to obtain ACS activity, and proposed a standard structural model for ACS. Through the activity measurement and structural domain analysis of ACS-like protein from plants with different evolutionary status, it has been proved that the ACC-dependent ethylene synthesis pathway is unique to seed plants, clarifying the conventional idea that two ethylene synthesis pathways as ACC-dependent and ACC-independent may coexist in non-seed plants.

In addition, the researchers have also analyzed the protein crystal structures of typical ACS dual-enzyme and their single enzyme mutants, and proposed a new catalytic mechanism for ACS dual enzyme activity in seed plants. In particular, pyruvic acid, one of the catalytic products of ACS as a Cβ-S lyase, is the end product of glycolysis and an energy substrate of the mitochondrial tricarboxylic acid cycle, which plays an important role in plant growth and development as well as in resisting multiple adversity stresses. The discovery of dual-enzyme activity of ACS protein has brought a new vision beyond the traditional concept and opened up a new exploration field for the understanding of the function of ACS genes. 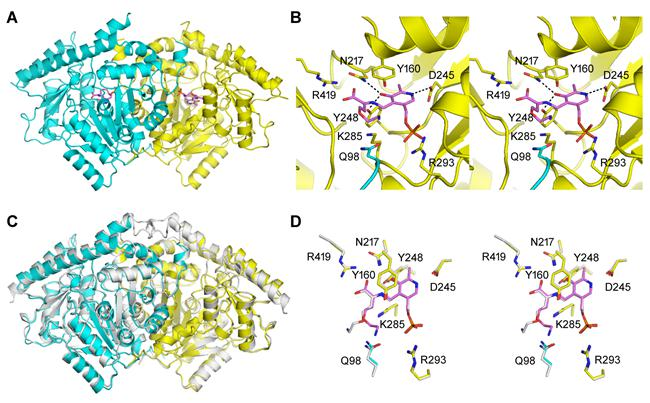 Professor Wang Ningning from the College of Life Sciences of Nankai University, Associate Professor Li Xin from the team of academician Rao Zihe, and Professor Jeffery Shen from the University of Nevada are the co-corresponding authors of the paper, and graduate students Xu Chang, Hao Bowei, and Sun Gongling from the College of Life Sciences and young scolar Mei Yuanyuan are the co-first authors.