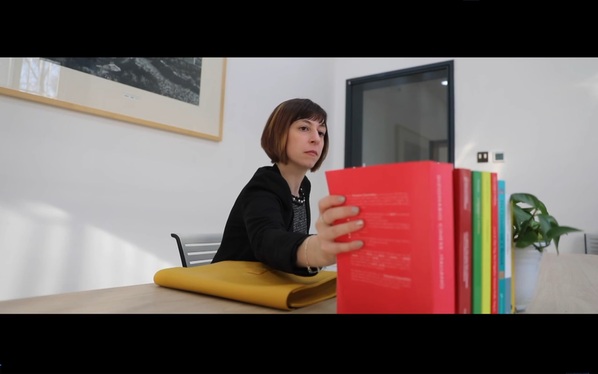 TIANJIN, Dec. 30 (Xinhua) -- The bond between China and Italy can be traced back seven centuries ago, to the Venetian merchant and explorer Marco Polo and his trailblazing journey to China along the ancient Silk Road.

Letizia Vallini, an Italian teacher, has continued this tradition to become a "modern Marco Polo" and a "cultural ambassador" between the two countries thanks to her translation works that touch upon the many faces of China.

Vallini, 32, established her reputation by translating the 300,000-character book "Socialism with Chinese Characteristics: Why does it work?" The book was a hit in Italy, after it was published by Marx Ventuno in 2019.

She has recently finished translating a report about China's environmental protection efforts. 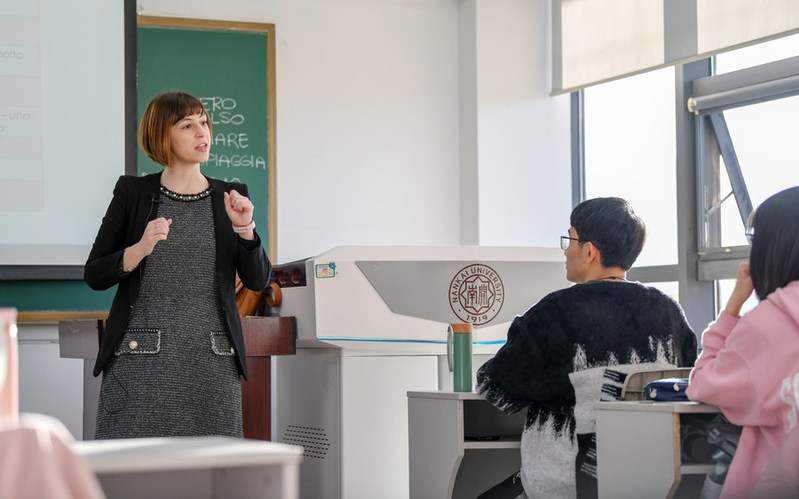 When Vallini was young, she always hoped that her father, who engaged in foreign trade in China, could take as many videos and photos as possible while in China and bring home some Chinese gifts.

In 2013, Vallini, then a student at the University of Bologna majoring in foreign languages, applied for a Confucius Institute scholarship to pursue postgraduate studies at the College of Chinese Language and Culture of Nankai University.

When Vallini first set foot in China, she discovered that the country was modern, open and full of vitality.

"Before I came here, there were many stereotypes of China in my mind. We learned about China mainly through the media and some old kung fu films. We even thought it true that many Chinese could leap over rooftops and walk up walls," Vallini said. 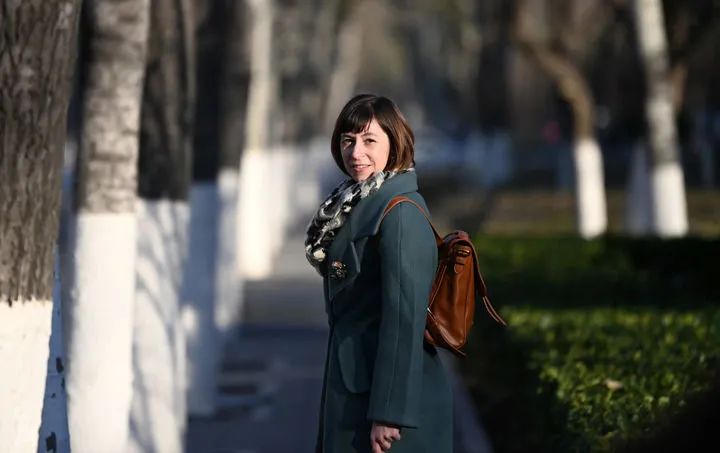 Le Xiaoyue on the campus of Nankai University.

The longer she lived in China, the more she felt that foreigners lacked a comprehensive understanding of the country. It made Vallini determined to use her language expertise to make China accessible to those who wanted to learn more.

By chance, Vallini became acquainted with professor Zhang Boying, chief editor of the Chinese book "Socialism with Chinese Characteristics: Why does it work?" After a long talk with Professor Zhang, she decided to translate the book.

"This book talks about Chinese history, economy, culture, ecology, diplomacy and many other topics, which can help Italians better understand today's China," she said.

To translate the book, Vallini bought dozens of Chinese and Italian books for reference. She consulted with Professor Zhang and many other experts to better understand the text. Colorful lines and various symbols were marked on her Chinese version of the book.

"Each word should be treated with the utmost prudence. You have to thoroughly understand the meaning carried by the original characters in the context," she said.

Yang Lin, head of the Italian Department of Nankai University's College of Foreign Languages, said that during Vallini's translation of the book, whenever she had questions, she sent the original text in Chinese and asked her Chinese colleagues about the background meanings.

It took a whole year for Vallini to complete the translation. The first batch of 400 of her books quickly sold out in Italy. The website of the Communist Party of Italy introduces and recommends the book. Many Italian experts and scholars in the fields of philosophy, history, and law discussed the book online.

"The strong grassroots governance mentioned in the book touched me deeply," Vallini said. "During the COVID-19 pandemic, the prevention and control measures soon spread to every corner of China. People from all walks of life worked together for a common shared goal. China is like a very united community. I really think staying in China is the right choice. It's a safe place."

During Vallini's eight years in China, China realized the first centenary goal of building a moderately prosperous society in all respects and secured a complete victory in its fight against poverty.

"Many people wonder why does Socialism with Chinese Characteristics work. The development miracles that I experienced in China are the best answer," Vallini said.

In recent years, Vallini has translated more Chinese books, such as A Cartoon Guide to COVID-19 Prevention and Control and Chang'an Meets Rome.

"One book is one world. The process of translating each of the books has deepened my understanding of China, and I hope more and more people will know and understand China through my efforts," Vallini said.

She said it was not enough for her to be a "modern Marco Polo". Besides translation, she has devoted herself to teaching her students to contribute to cross-cultural communication.

Nankai University established an Italian department in 2017, and Vallini was one of the founding teachers. 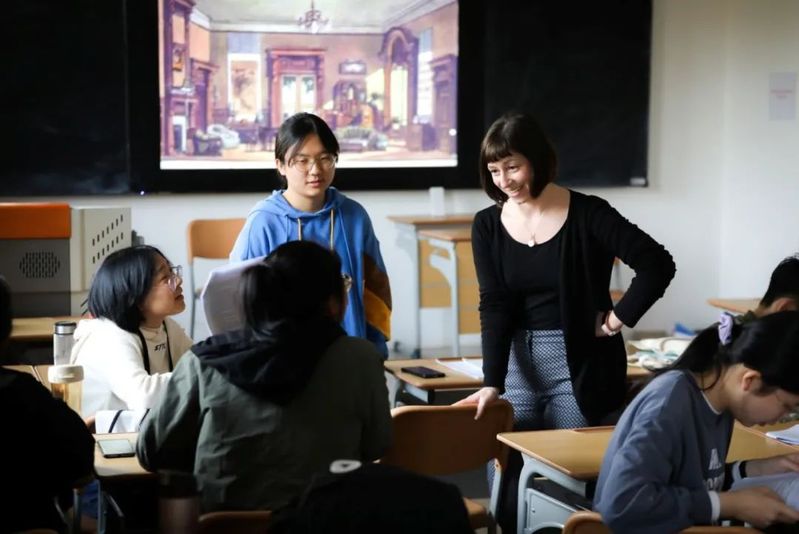 Letizia Vallini talking with students in a class at Nankai University.

Yan Guodong, dean of the College of Foreign Languages of Nankai University, said that when the Italian department was still in its infancy, Vallini was teaching 16 hours a week, which was twice the usual workload, but she never complained and made every effort to build the new department.

"I always tell my students that cultural communication is not a monologue, but a dialogue. You are a bridge connecting two different cultures. China not only has pandas, intangible cultural heritage, and historical buildings. I hope my students learn how to explain to foreign people the Chinese system, the Chinese way and other concepts."

On the 50th anniversary of the establishment of diplomatic relations between China and Italy in 2020, Vallini was nominated for the Tianjin Haihe Friendship Award for her contributions to the cultural exchanges and cooperation between the two countries.

"China allowed me to study for free for two years. I met my husband in China. Now I'm a part of the university faculties. China is definitely my second hometown," Vallini said. "I want to give back for all the things China gave me and nurture more 'modern Marco Polos' to share China's experience and wisdom with the world."