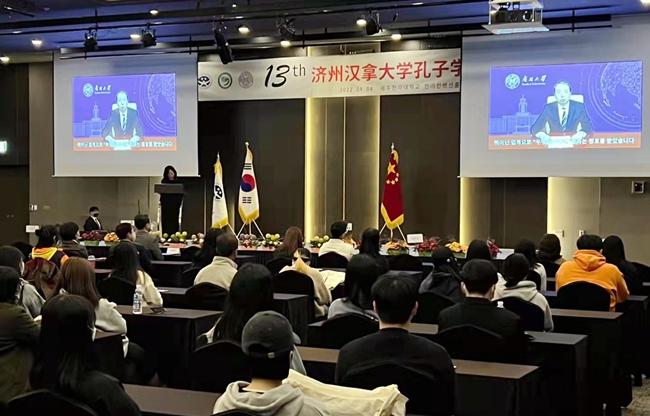 Wang Lei congratulated the 13th anniversary of the Confucius Institute. He said that since its establishment, the Confucius Institute deeply integrated itself to Cheju Halla University and has been constantly improving its teaching quality, holding various cultural activities and steadily enhancing its social influence. He hopes that the two universities continue to collaborate closely in the future to set a cooperation example between China and South Korea.