On April 22, the "Commemorative Conference on the 130th Anniversary of Dr. Pengchun Chang" co-held by Nankai University, Columbia University, and Chang Poling Research Association was held online and offline. 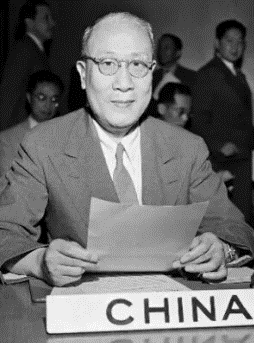 Chang Pengchun (April, 1892 - July, 1957), the younger brother of the famous educator Chang Poling, was an educator, drama activist and diplomat. He was one of the major founders of modern Chinese drama, known as "the pioneer of modern drama in the northern part of China". As one of the first batch of graduates of Nankai School, Chang Pengchun studied at Columbia University in his early years and was involved in the founding of Nankai University and Tsinghua University after returning to China. He also initiated the World Health Assembly, and as an important architect of the world human rights system, participated in the drafting of the Universal Declaration of Human Rights, making significant contributions to the cause of the United Nations.