On April 29, Prof. Hu Shengshou, academician of the Chinese Academy of Engineering and expert in cardiovascular surgery, was invited to give the 7th lecture of "Medical Frontiers and Challenges", a general elective course launched by Nankai University. Prof. Hu's lecture was entitled "how far xenotransplantation is from the clinical application—scientific questions we have to answer". Professor Cao Xuetao, President of Nankai University, presided over the lecture 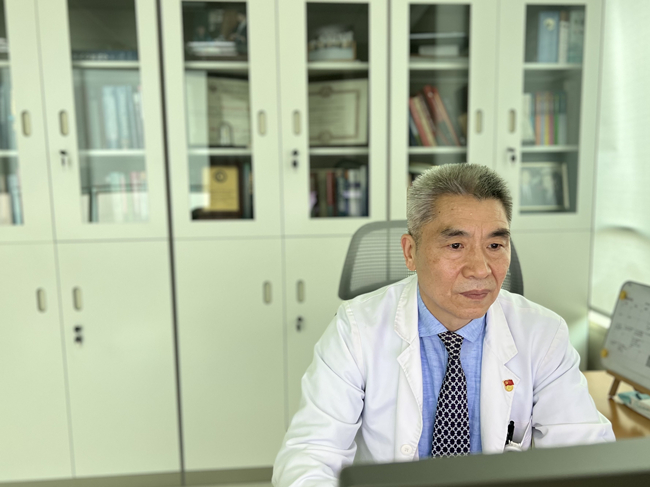 Prof. Hu introduced the cutting-edge topic of xenotransplantation by taking the example of the world's first human transplantation of transgenic pig heart in the 21st century conducted by University of Maryland Medical Center (UMMC). He said that organ transplantation is one of the most significant advances in the medical field in the 20th century, which has brought hope to numerous patients with end-stage organ failure and saved thousands of lives. "However, the severe shortage of organ donors remains a global problem. For example, usually a donor of heart is probably being waited by 30-50 patients".

Hu pointed out that, due to the extreme shortage of homologous donors, people began to shift focus onto three new sources - xenotransplantation, tissue engineering and artificial heart. Among them, xenotransplantation is currently accepted by the academic community as the main solution and the "next medical revolution" that may arise in the 21st century.

Combining these questions, Hu explained to the students the roles of such factors as xenogeneic immune rejection and cardiac hemodynamics in xenotransplantation through previous scientific experiments.

In the end, Hu emphasized that although a large number of animal experiments have been completed and the exploration of human experiments has started, there are still many problems in xenotransplantation and there is a long way to go before clinical application. "As the Goldbach conjecture, xenotransplantation still call for countless clinical and basic scientific studies to blaze the trail".