It is founded that humans can transmit Shigella flexneri to cattle

Recently, the study on human-to-bovine transmission of Shigella flexneri by the team led by Xu Jianguo, an Academician of the Chinese Academy of Engineering, was published online in the journal Emerging Microbes & Infections. The team works under the State Key Laboratory for Infectious Disease Prevention and Control of the Chinese Center for Disease Control and Prevention as well as the Research Institute of Public Health, Nankai University. It is the first time in the world that scientists have found humans can transmit Shigella to yaks, beef cattle, dairy cattle, etc.

For many years, the academic community has agreed that Shigella is a pathogenic bacterium unique to humans, which means that human is the only host for such bacterium. It is often said that more than 70% of new infectious diseases come from animals. And the findings of this study is enlightening for how emerging infectious diseases occur and how they cause diseases in animals. 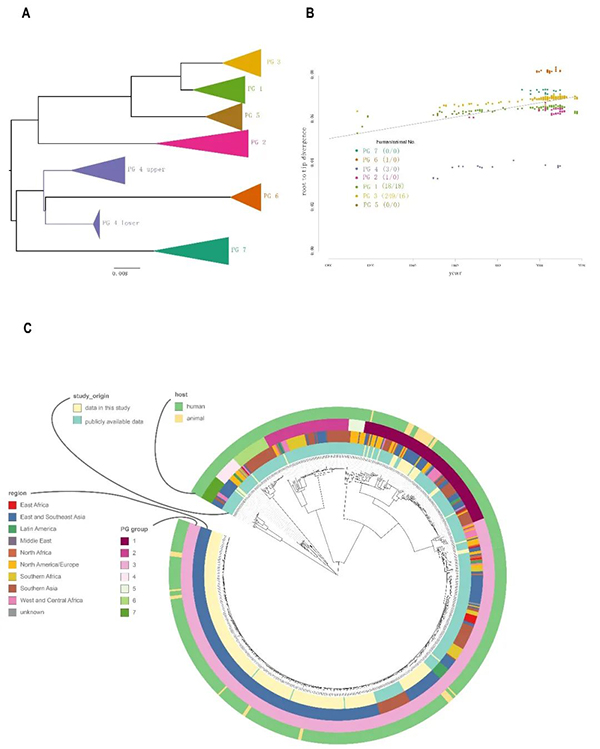 The limitations of this study are that only small number of animal strains are isolated and the collection time lasts short, so that the results of the analysis may be biased. For pathogens that have adapted to animals, some behavioral barriers must be overcomed by them before becoming human pathogens, that is, increasing the chance of contact with humans. Fortunately, no cases of Shigella flexneri reinfecting humans have been found so far.

The paper titled Evolutionary and genomic insights into the long-term colonization of Shigella flexneri in animals was published in Emerging Microbes & Infections (TOP1 Sector, Impact Factor: 19.568) in August 2022 under the joint efforts of 4 teams in China and abroad. The co-first authors include Dr. Liang Junrong from the National Institute for Communicable Disease Control and Prevention, Chinese Center for Disease Control and Prevention; Dr. Zhu Zhen from Hebei University of Engineering, Professor Lan Ruiting from University of New South Wales; Dr. Meng Jing from the Suzhou Institute of Systems Medicine, Chinese Academy of Medical Sciences, and Dr. Bram Vrancken from the Katholieke Universiteit Leuven in Belgium. The co-responsible authors are Academician Xu Jianguo and research fellow Jiang Taijiao.