Recently, Professor Xu Wentao's research group from the Institute of Photoelectron Thin Film Devices and Technology of the College of Electronic Information and Optical Engineering of Nankai University, in partnership with Associate Professor Li Yuelong's research group,  developed an ultrafast response artificial synaptic device based on room-temperature crystalline perovskite semiconductor film for the first time and studied the carrier mobility dynamics in depth. The research solved the energy consumption of key devices in the post-Moore era and the related paper was published in the world-renowned academic journal Nature Communications under the title of "A Bioinspired Flexible Neuromuscular System Based Thermal-Annealing-Free Perovskite with Passivation".

The research groups jointly proposed a flexible artificial synaptic device based on thermal-annealing-free perovskite. Through a new total-room temperature crystalline perovskite semiconductor active layer solution, they obtained high-quality 00l oriented perovskite films and regulated the carrier mobility path. Supplemented by passivation, they further reduced the defect density such as vacancy, and smashed the world record for the lowest energy consumption of synaptic devices at both ends, achieving ultra-low energy consumption of 13.5aJ (or less than 1/1018 of the calory of a grain of rice) at each pulse spike and an ultra-fast and stable response frequency of up to 4.17MHz. 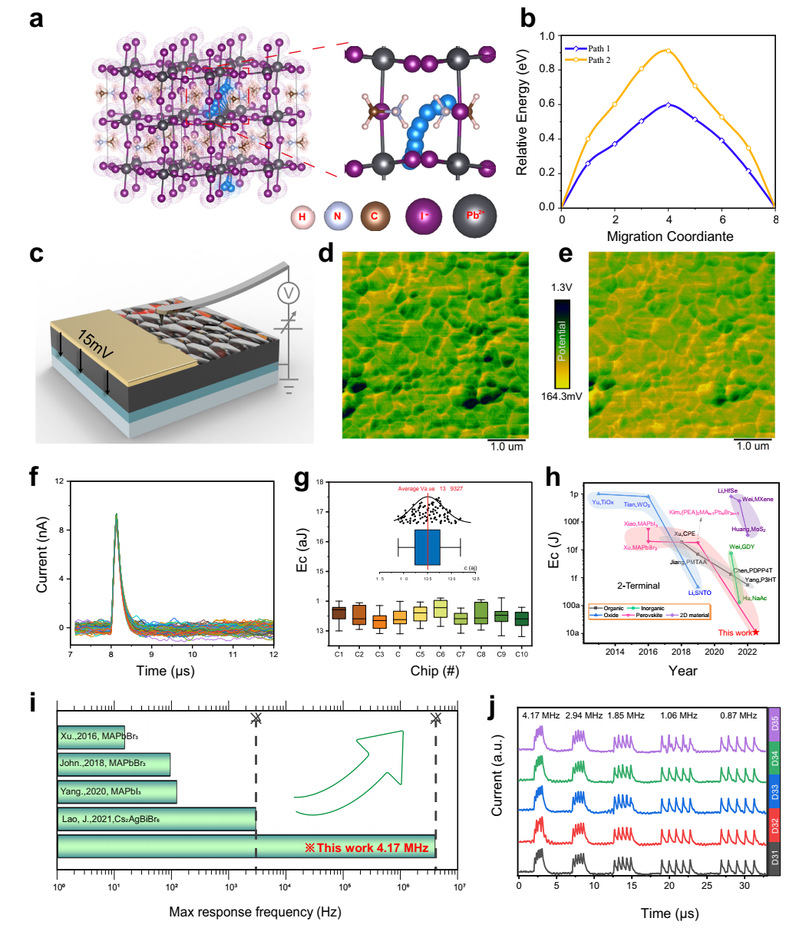 After successfully realizing important neurological functions such as plasticity regulation, logic operation, space-time correlation information processing and association learning, the groups constructed a neuromuscular system with muscle fatigue perception function based on this device for information processing. It is of great significance to the development of areas such as peripheral nerve reflex arc repair and regeneration, neuromorphic soft robotics and physical intelligence (PI).

Above: Schematic diagram of the neuromuscular system.